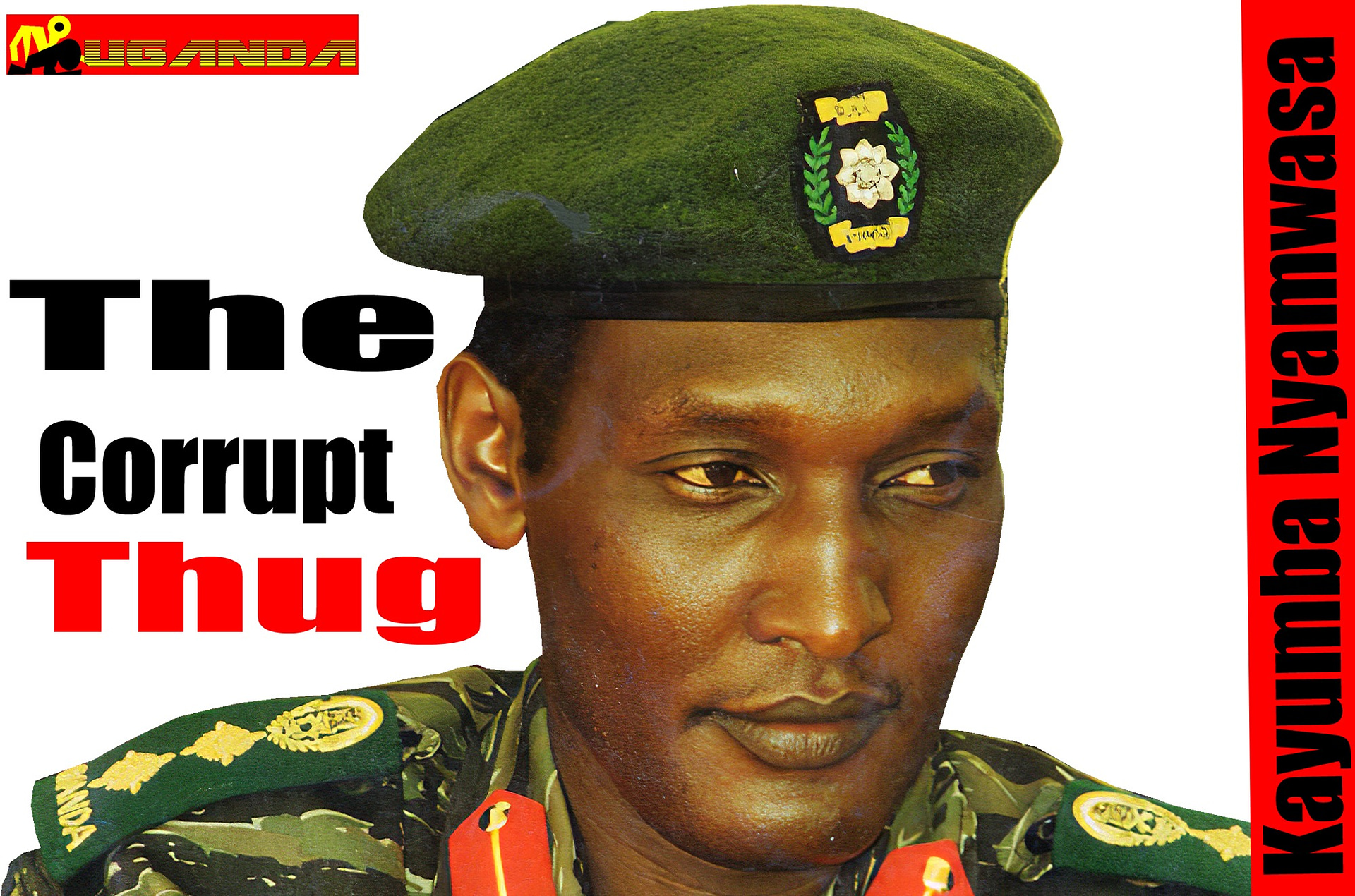 Uganda’s government daily, New Vision, on Saturday published a two-page interview in which the paper labours to project Rwandan renegade, Kayumba Nyamwasa, as a democrat. A fortnight ago, the same paper published another interview of Leah Karegeya, the widow of another dissident, Patrick Karegeya who died in 2014 in South Africa, while before then David Himbara and Tribert had graced the pages of the same paper, all in question and answer format.

The same paper has also just recently written a series of articles sanitising the murky businesses of Tribert Rujugiro, who is known to bankroll the terror group calling itself RNC, whose sole aim is to overthrow the Kigali government by violent means. 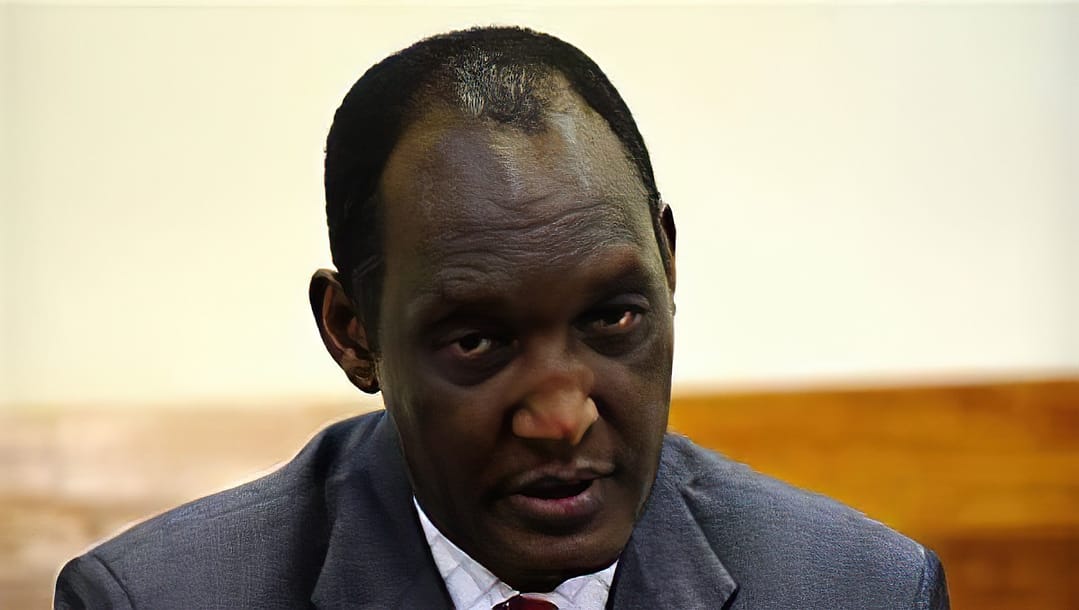 All the individuals above are founding members of the outfit, which has had South Africa-based Kayumba as its patron since its creation in 2010.

Apparently, Kayumba is listed as the 1st Vice president of the terror group RNC, but in actual sense, he is its de facto leader.

The Kayumba interview is, therefore, part of a pattern, and if juxtaposed with the other articles run in the same paper, one can only conclude that their agenda is to make RNC a bona fide political entity, while its founders like Kayumba will be marketed as “democrats striving to overthrow a dictatorship”.

This is reflected in the question that keeps on coming in all these interviews of Rwandan dissidents in New Vision – “why did you fall out with the system?”

In their answers, all interviewees seemingly read from the same script – that they fell out with Kigali because of the “oppressive policies” – and therefore decided to leave the country.

One sticking question that does not get asked, is one of the atrocities committed by RNC on Rwandan territory.

At the onset, the moment Kayumba and his now deceased acolyte Patrick Karegeya fled the country, they set the spanners in the works.

To start with, Karegeya, speaking on behalf of RNC, made an overt declaration of war as soon as the two, together with like-minded dissidents, fled the country.

And true to their word, between 2010 and 2013 a spate of grenade attacks were launched in Kigali and across the country in which scores of innocent Rwandans were killed.

The attacks were directly linked to Kayumba’s RNC.

Back to the interviews the deduction one can therefore make is that this is a coordinated campaign by authorities in Uganda to give an international appeal to these dissidents while also helping their sustained campaign to mobilise for their struggle to attack Rwanda.

Kayumba’s two-page interview in New Vision had 21 carefully-crafted questions also aimed to serve the purpose of absolving Uganda’s provocativeness in the Kisangani incidents that occurred in neighbouring DR Congo nearly two decades ago.

Back to Kayumba’s democratic credentials, President Paul Kagame put it rather succinctly in an interview that was published in 2010 by Daily Monitor, another Ugandan newspaper.

According to President Kagame, it was strange that Kayumba would keep up with these “oppressive policies” for nearly two decades, without raising any concern in the different forums provided, but only chose to speak out about them after he had fled.

“There is not a single incident, not a single day he can talk about as evidence that people are not supposed to have different views.

“Ask anybody whether in RPF or in the army or in government if they ever heard Kayumba raise any issue that is contentious for which he could have been harassed for or anything. There is absolutely none,” President Kagame said.

All along, the assumption had been he’s been part of this army, which is part of this government: this part of RPF that he’s now saying is deteriorating, Kagame said.

Actually, as the President put it, to show the tolerance within the RPF and the Rwandan military, Kayumba had been severally called and a number of issues pertaining to his conduct raised with him.

The President said: “If people in RPF or in the army sat with Kayumba and asked him a few things they had known about him (and what) he was doing or they had heard him talk about or tell other people, if they sat him there and asked him to have a say over it and the same night they did it the next day he has escaped, only to confirm that probably what they were asking him and what he was denying was actually happening.”

As indicated by the Rwandan Defence and Military Spokesman in July 2010, Kayumba did not only fail to attain the standards expected of him, but also chose to undermine the institution he was supposed to serve.

Throughout his tenure as Chief of Staff of the RPA, he was characterised not only by intrigues, but also by greed, lack of accountability, cheap popularity and creation of cliques within military fraternity.

Kayumba, among a few officers who felt that following the liberation, it was time for them to “eat” and therefore have free reign to loot what ought to be for the people without any form of accountability.

This was therefore not going to work, and very soon they fell of; they had failed the institution-above-self test.

Above all, they failed the accountability test.

It should be noted that it is no accident that New Vision, a government paper is now being used as the propaganda channel for RNC.

It is on record, where the UN, following investigations by a Group of Experts in December last year made a direct link between Uganda and RNC, with the former actively facilitating the latter with recruitment and other logistical assistance.

It is also on record that Uganda is sponsoring these insurgents such as RNC to destabilise not just Rwanda, but also DR Congo.

This was to be further corroborated by the testimonies provided by two senior officers of FDLR, another terror outfit, who were recently arrested in DR Congo on their way from Uganda.

The duo – the spokesperson Ignace Nkaka, best known as La Forge Fils Bazeye, and Lt Col Jean-Pierre Nsekanabo, the head of the intelligence of the FDLR – have confirmed the support Rwandan rebel groups get from Uganda.

The two had been to Uganda to meet with an emissary of Kayumba for a meeting apparently chaired by a senior Ugandan official, where the two outfits – FDLR and RNC – would concertise their cooperation to be able to attack Rwanda.

Kayumba, in his interview with the Saturday Vision, endeavoured to cover Uganda’s support to RNC claiming that “if Uganda was supporting me, they would not be in power”.

In addition, Joel Mutabazi, an RNC operative who was in direct communication with Kayumba, was extradited from Uganda and was convicted for his role in throwing of grenades in Kigali.

He was tried together with other RNC agents Sgt Gafirita Emile and Cpl Ndagije, alias Muzehe.

Moreover, Rwandans who have been lucky to survive torture in Uganda revealed how RNC agents, including a one Kayumba Rugema, are involved in torture and inhuman treatment of Rwandans visiting that country who refuse to subscribe to RNC.

The support of Uganda to RNC is visible and cannot be washed away by mere denials.

President Museveni himself in a recent letter to his Rwandan counterpart admitted he had met with Charlotte Mukankusi, the Head of Diplomacy of RNC, and Rujugiro Tribert Ayabatwa, the man bankrolling the outfit.

Kayumba, like other dissidents out there, will sooner or later be brought to justice, to answer for the criminal charges he stands accused.

He must look no further than Callixte Nsabimana, who calls himself Sankara, who was recently arrested and extradited to Rwanda and before him the FDLR duo of Bazeye and Nsekanabo.