The behaviour by Uganda government is Bizarre.Thus the unfortunate death of two smugglers at the Uganda-Rwanda border last week has elicited some bizarre behaviour from the authorities in Uganda. The bizarre behaviour by Uganda ranges from dismissing the observations of their own officials on the ground who, along with their Rwandan counterparts, met after the incident and determined that it had taken place inside the territory of Rwanda.

Also bizarre was the decision by that government to hold a handover ceremony of the dead body of the Rwandan and inviting diplomats to observe as if the dignity of the dead was reduced to some kind of circus. 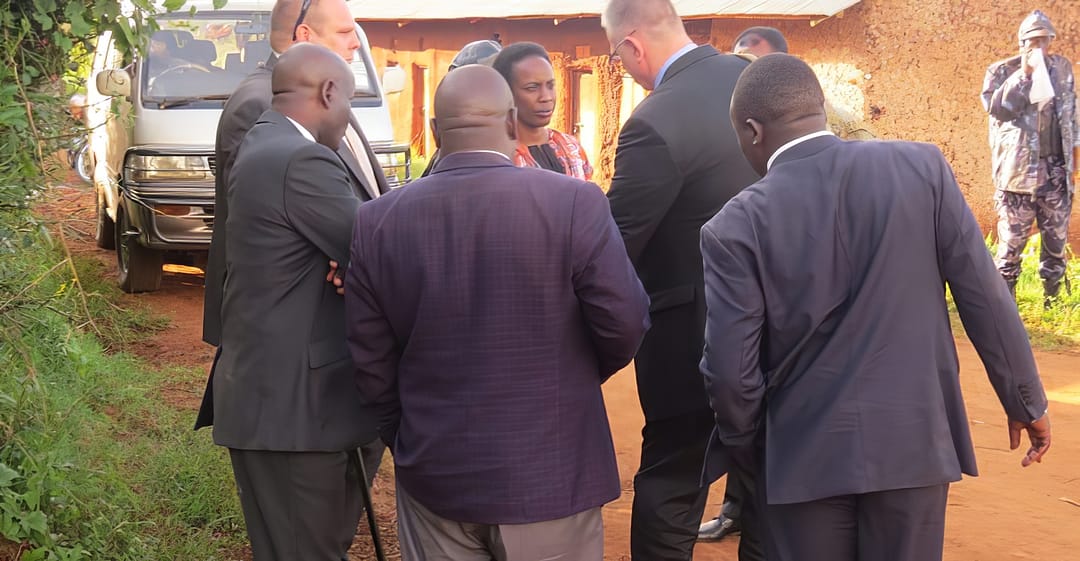 Then blogs linked to the Chieftaincy of Military Intelligence reported a meeting between Yoweri Museveni and his top army chiefs resulting in the former giving them clearance to confront Rwanda in what was reported as a “last warning.”

This is bizarre for a number of reasons; the most obvious is that in the now almost two-year open conflict between Uganda and Rwanda, it is the former that has been the aggressor.

It beats reason that the aggressor should be the one giving any kind of warnings let alone a “last warning.”

It’s bizarre because warnings of any kind – first or last – are usually given by the aggrieved, someone with some moral ground to stand on.

On the contrary, Uganda seems to get most angry whenever evidence surfaces that puts it in a compromising position; in other words, in a position when it should do the opposite of giving warnings – to humble oneself and promise not to repeat the offence.

In November 2007, when Uganda sent its then head of the Chieftaincy of Military Intelligence (CMI) Colonel Leopold Kyanda to the border to pick up the fleeing Patrick Karegeya and to facilitate his stay in Uganda and eventual relocation, Rwanda should have given the first warning.

In February 2010, when Uganda sent a delegation led by Gen. Salim Saleh and Gen. Kale Kayihura, the then IGP, to pick up Kayumba Nyamwasa once he had also fled into Uganda for similar facilitation to relocate, Rwanda should have given the second warning.

In November 2013, when Corporal Joseph Nshimiyimana, aka Camarade, testified in court that he was present in a meeting at Mamba Point Bar in Kampala where with his colleagues, Lt. Joel Mutabazi of the RNC and Col. Jean Marie of the FDLR, planned terror operations to disrupt the September (2013) Rwanda Parliamentary elections, Christmas and New Year festivities, that struck the market in Kicukiro on September 14 claiming the lives of two people (Yadufashije and Habiyambere) and wounding 46, Rwanda should have given Uganda the third warning.

In October 2013, when it was confirmed that Mutabazi had coordinated the attack from across the border in Kabale and that the computer that was found on him when he was repatriated from Kampala had detailed assassination plans of senior Rwandan government officials, including information implicating the authorities in Kampala in that plot, Rwanda should have given Uganda a fourth warning.

In October 2017, when contracts revealing a business partnership between Yoweri Museveni’s young brother Salim Saleh and the RNC’s chief financier, Tribert Rujugiro, and how the business is used to finance RNC activities, Rwanda should have given Uganda a fifth warning.

In November 2017, when the 46 RNC recruits who were intercepted at the Kikagati border confessed that they were attempting to travel on fake CMI-issued with fake travel documents to facilitate their travel to the RNC training centre in Minembwe, South Kivu, DRC, then Rwanda should have given Uganda a sixth warning.

In June 2018, when the Mbarara magistrate’s court freed all the 46 RNC recruits despite their confessions, including the people they had identified as their recruiters, Rwanda should have given Uganda a seventh warning.

In September 2018, when Benjamin Rutabana, the RNC’s head of capacity development, visited Uganda and was given Uganda military escort during his mobilisation tour and visit of RNC recruiting centres across the country, in Mubende, Wakiso, Kiboga, Nyakivale, Rwanda should have given Uganda an eighth warning.

In December 2018, when Uganda’s State Minister for Regional Affairs, Philemon Mateke, convened a meeting of the RNC and FDLR in Kampala, to plan a unified front for military operations against Rwanda –according to La Forge Bazeye and Theophile Abega who represented the FDLR in that meeting only to be captured in Bunagana on their way back to their base in the DRC, Rwanda should have given Uganda a ninth warning.

In March 2019, when top RNC officials, Charlotte Mukankusi, Eugene Gasana, and Tribert Rujugiro, held a meeting with Museveni to renew their commitment to the shared plan to destabilise Rwanda and Museveni’s reassuring Mukankusi “we are together” including issuing Mukankusi and Gasana with Ugandan passports to ease their movements, Rwanda should have issued Uganda with a tenth warning.

In May 2019, when Calixte Nsabimana, the commander of the FLN, the armed wing of Paul Rusesabagina’ MRCD, who was arrested in the Comoros on trips to mobilise support for armed rebellion, confessed that he had met with Uganda’s top security officials and that they had assured him of support, Rwanda should have issued Uganda the eleventh warning.

In December 2018, when the United Nations Group of Experts Report confirmed that Uganda was a central coordinating corridor for the “P5” armed coalition that is based in the DRC and led by Kayumba Nyamwasa, whose RNC is part, the report essentially confirming all the above information, Rwanda should have given Uganda the twelfth and last warning.

But here we are. In what bizarre world does a litany of offences make the offender believe that he is due an apology. An incident involving a smuggler leads to Uganda issuing a “last warning” to Rwanda.

The bravado of the repeat-offender issuing a last warning is something to behold.

Assuming that Uganda’s warning is real, not mere chest-thumping theatrics of a guilty repeat offender caught with hands in the cookie-jar, what historical precedent affords it the audacity to warn Rwanda of military confrontation?