Eric Rugorotsi, 49, a Rwandan who was deported from Uganda earlier this month, says he only has God to thank for being alive after spending months in arbitrary detention there and accused of being a Rwandan spy. 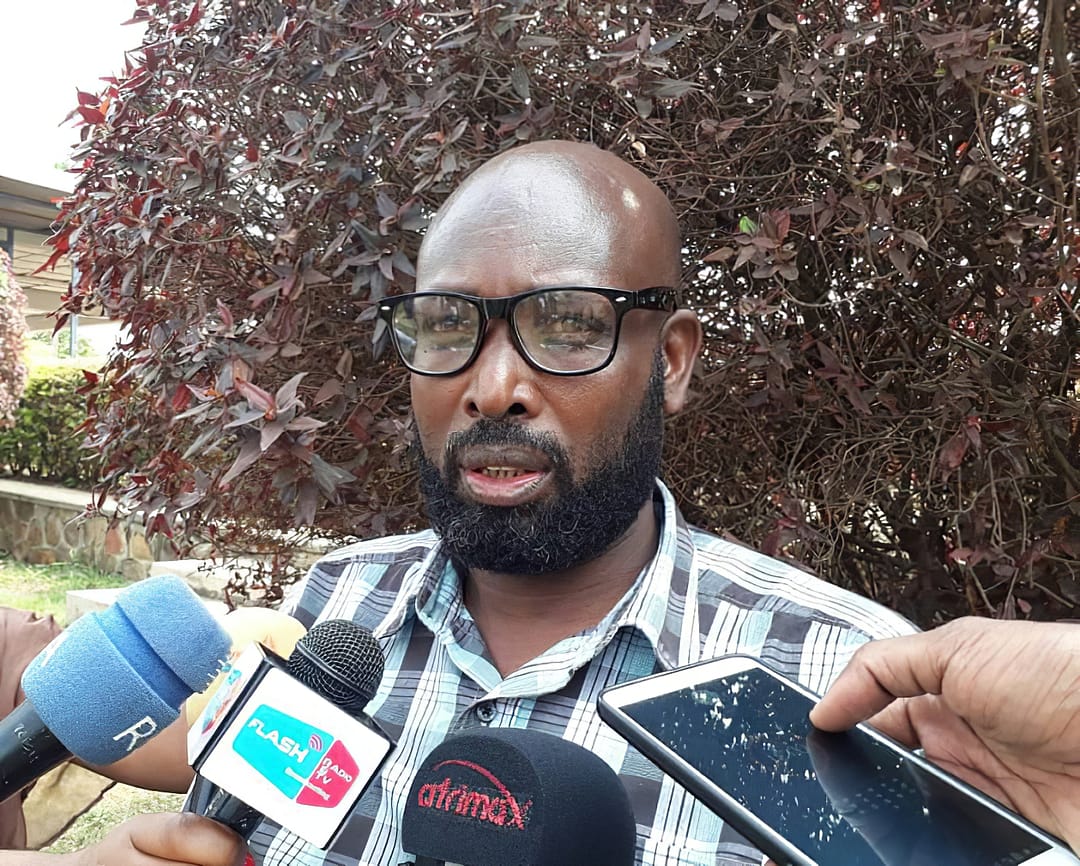 The father of four told reporters in Kigali on Tuesday that the freedom with which agents of Rwanda National Congress (RNC) operate is shocking and that as long as the state of affairs has not changed, Rwandans need to think twice about going to Uganda.

The RNC, a terrorist group headed by fugitive Kayumba Nyamwasa, is linked to a spate of fatal grenade attacks that rocked Kigali particularly between 2010 and 2014.

“They are active in Kampala and are free to do whatever they want; arresting people who refuse to join their network, harassing and torturing innocent people, all with the knowledge of the (Ugandan) government,” he said.

Rugorotsi, a resident of Kicukiro, in Kigali, last year decided to venture into Uganda with his used vehicle spare parts dealership.

He travelled to Kampala on October 23, 2018 keen on exploring market opportunities there.

The next day, in a bar near the Trinity Express offices in Kampala, men in plain clothes who claimed to be security officers approached and asked him to follow them.

They let him know that he was a known Rwandan military officer.

He denied this but the four men were determined.

Two of them aimed pistols at his head.

He was quickly bundled into a waiting car.

Inside the car, his captors inquired about his hotel and he gave them the address.

At the hotel, there was a scuffle as he tried to break away and at least pass on word to the hotel manager. But he was kicked and restrained.

“They handcuffed and blindfolded me. Then I later found myself in a large compound with military tents inside,” he narrated yesterday.

The soldiers inside recorded everything he possessed on arrival, including more than US$2,000 in his pockets and when all was done, they warned guards to be extremely vigilant as the prisoner was a Major in the Rwandan army.

By now, Rugorotsi was a very worried man.

For a month, he remained there with hands and legs in chains.

“At some point, they told me that there was a [Ugandan] General I had been inquiring about. They mentioned his name but I didn’t know him. They asked why I was looking out for him, at a Chinese restaurant near Sheraton hotel, and I told them all this was news to me,” he explained. “Then they wanted me to sign on a statement they wrote in English and I refused because I didn’t know what was therein since we spoke in Swahili all the time.”

In March this year, he said, he and six other Rwandan prisoners were taken to meet Col Kaka Bagyenda, the Director of Internal Security Organisation (ISO).

They waited till day end without seeing him and were returned to their respecting holding cells.

“We returned on March 19 and met him. He read out separate charges to each of us. I was charged with coming to Uganda to abduct Rwandan refugees in Uganda, and take them back home in Rwanda to kill them.”

“I was also accused of having gone to the Sheraton Hotel area inquiring about the home and photos of a Ugandan General,” he explained.

“We were not given a chance to respond. But we were accused of doing all these things because of poverty and hunger.”

After Col Kaka Bagyenda ended rebuking them, he recalls, they were returned to their prisons.

Col Kaka Bagyenda reproached them for long but in the end said they were pardoned and would be set free, he said.

“Then I asked about my merchandise which was still there back in the city. As a businessman, I requested to be given a few hours to go get my goods but he told me that is impossible. A Major by the name of Amos who is in charge of ISO prisoners told me that if I am seen in Kampala again I will be shot.”

He said the merchandise he left behind was worth about $6,000.

He was only given US$500 of the money that had been taken from his pockets.

The rest, they told him, was spent “during the three previous occasions when they took me for medical treatment.”

When he was kicked in the abdomen during his arrest, he was badly hurt and did every so often pass blood in urine.

Luckily, earlier this month, along with three others including Saidi Maniriho, 22, from Ndera Sector in Gasabo District, he was put into a car, driven to a remote area along the Rwanda-Uganda border, at night, and left on their own.

Looking back, Rugorotsi found the manner in which they were deported weird.

They were put in a vehicle and driven out of Kampala, headed for Rwanda.

On reaching Rubare trading centre, a few miles away from Ntungamo township in western Uganda, instead of continuing to Kabale and onward to the Katuna border, the vehicle took a turn to a rural road.

Later in the night, they were told that they were on the Rwandan border. Then they were ordered to get out.

It was dark but they were told that they would move through a swamp and be in Rwanda before long. They were terrified but had no choice.

After a long trek, they were in Rwempasha Sector, in Nyagatare; it was the morning. They were free, and home.

“We had been prepared to die. We knew they wanted to kill us there when they told us to walk away in darkness. We thought it was a trap. But we thank God we eventually found ourselves on the Rwandan soil and, though starving, and very weary, we were alive.”

Kigali, in March, issued an advisory against travel to Uganda by its citizens.

Since 2017, hundreds of Rwandans have been arrested, held incommunicado and tortured in Uganda.

Relations between the two countries have worsened with Uganda seen as supporting anti-Kigali armed groups, including RNC and FDLR, the offshoot of forces and militia responsible for the 1994 Genocide against the Tutsi.

A UN report of experts released last December established that Kampala was a major source of new recruits for ‘P5’, a coalition that brings together different Rwandan rebel groups led by the RNC.