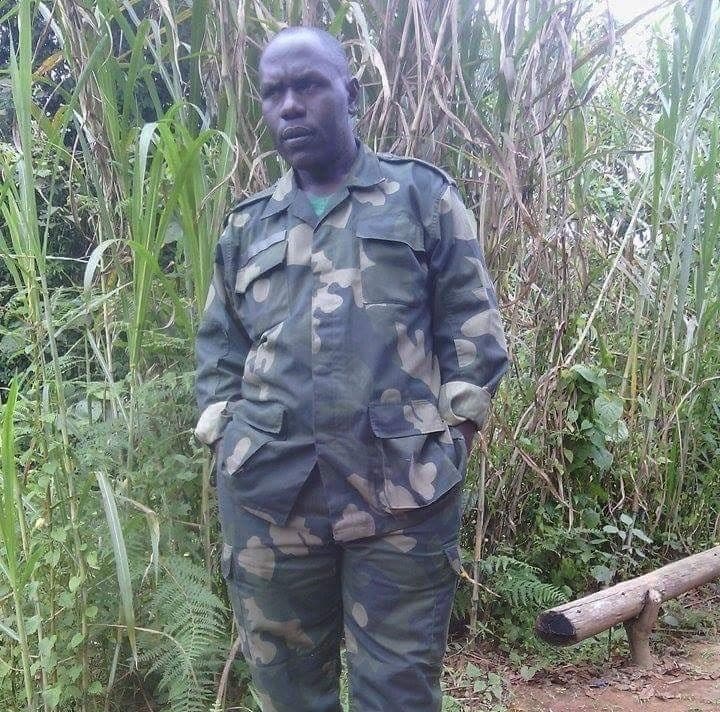 The death of General Musabyimana alias Jean-Michel Africa is a big blow to FDU-Urunana and the Ugandan government that created it. This year alone the RNC has been decimated in the DRC, its top commanders killed and others apprehended and repatriated to Rwanda. Sibo Charles a top commander was killed while Major Habib Mudathir was captured alive along with 25 others and repatriated to Kigali where they are being tried in court. Many of those captured are Rwandans while others are Ugandans (4) and Burundians (3), all have confessed Uganda’s role in their recruitment and facilitation to join the RNC.

Early Saturday, November 9, 2019, General Musabyimana Juvenal alias Jean-Michel Africa, the commander of RUD-Urunana was killed in an operation by security forces close to the border with Uganda in Binza, Rutchuru, the Democratic Republic of the Congo. The former Forces Armee Rwandais (ex-FAR) officer was a member of the FDLR/FOCA before breaking away to join RUD-Urunana, the armed wing of Victoire Ingabire’s FDU Inkingi, then under the command of General Ndibabaje alias Musare.

Gen. Musabyimana grew within the ranks of FDU-Inkingi becoming its overall military commander until the time of his death. Very reliable sources within the Congolese army (FARDC) that carried out the operation have revealed that Gen Musabyimana was found with classified information linking him to Uganda’s top security officials. The information shows that Gen. Musabyimana had been frequenting Uganda and had been in constant communication with that country’s officials.

Sources reveal that RUD-Urunana was created by Uganda’s intelligence with the specific mission of destabilising Rwanda under the coordination of Philemon Mateke. Mateke has also been the point man between the FDLR and Uganda’s leadership. Sources say that Mateke was tasked by Museveni “to ensure that this partnership works.”

The classified intelligence on Musabyimana aka Jean-Michel Afica also shows that he was in constant contact with Uganda’s Minister of State for Regional Affairs, Philemon Mateke who has been working tirelessly to unify the forces that seek to destabilise Rwanda and that leaders of the “P5” like Major Frank Ntilikina (deputy to Kayumba Nyamwasa in the P5 armed wing) FDU Inkingi have been in frequent communication with him. Maj Ntilikina is based in France, and have been frequenting Uganda and remain in constant communication with senior officials of that country. 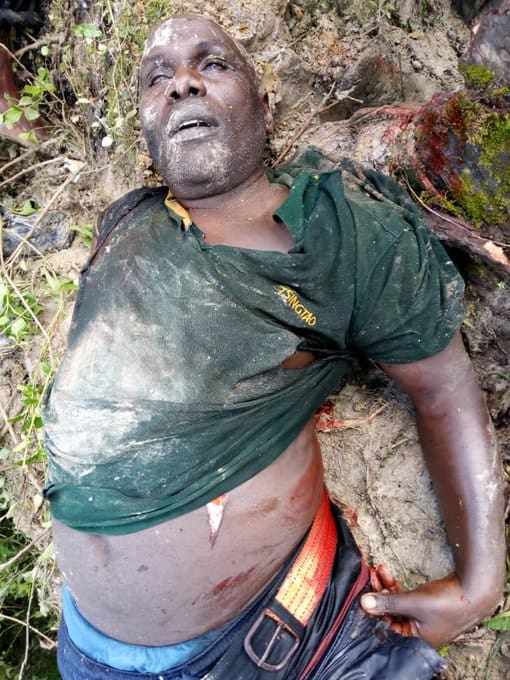 Last month on the night of October 4, RUD-Urunana carried out an attack in Kinigi, Musanze district, in the northern province, which claimed 14 lives and injured 18 people. The security forces repulsed the killers, killing nineteen and apprehending five. Three of the commanders who managed to escape withdrew to Uganda. Sources say that they are in Uganda under protection in a UPDF barracks.

This prompted Rwanda government to write a note verbale to the authorities in Uganda demanding the extradition of the killers who had retreated to its territory. However, no response has been received to-date, sources say.

The December 31, 2018 UN Group of Experts Report on the Congo confirmed that the “P5” was benefiting from a recruitment “network” in Uganda and Burundi. Indeed, on 14-15 December 2018 Mateke had convened a coordination meeting in Serena hotel Kampala, between the RNC and FDLR.

However, the two representatives of the FDLR (La Forge Fils Bazeye and Abega Nkaka) were captured at Bunagana border with the DRC and transferred to Kigali where they confirmed what the UN Report had revealed and confessed that Minister Mateke had invited them to Kampala for a “special message” from Ypweri Museveni.

Similarly, only months later, the FLN top Spokesman Calixte Nsabimama alias Sankara was apprehended and repatriated to Rwanda. He also revealed to the court that he had been in contact with the head of Uganda’s intelligence, Brig Abel Kandiho, whose government had promised to provide war material in their armed campaign against Rwanda. FLN is the armed wing of Gen Wilson Irategeka and Paul Rusesabagina’s MRCD.

In addition to providing coordination and recruitment support, it has been reported numerously that P5 top officials have been visiting Uganda’s top leadership. Early this year in March the RNC’s head of diplomacy, Charlotte Mukankusi and Eugene Gasana met President Museveni in Kampala, a meeting that Museveni said had happened “accidentally.”

Moreover, it was revealed that the RNC officials were travelling on Uganda government-issued passports. Similarly, it was revealed that leaders of the RNC such as Frank Ntwali, commissioner for youth and mobilisation, and Ben Rutabana, head of capacity development, frequent Kampala where they meet with top officials in Uganda’s intelligence services and are facilitated with visits to recruitment centres across the country. Ben Rutabana’s family recently confirmed that he travelled to Uganda on August 5 and that he had been in constant contact with Brig Kandiho.

The death of General Musabyimana alias Jean-Michel Africa is a big blow to FDU-Urunana and the Ugandan government that created it. This year alone the RNC has been decimated in the DRC, its top commanders killed and others apprehended and repatriated to Rwanda. Sibo Charles a top commander was killed while Major Habib Mudathir was captured alive along with 25 others and repatriated to Kigali where they are being tried in court. Many of those captured are Rwandans while others are Ugandans (4) and Burundians (3), all have confessed Uganda’s role in their recruitment and facilitation to join the RNC.

None of this bodes well for Uganda in its agenda to destabilise Rwanda, especially regarding its continued support for these groups operating in eastern DRC despite the Angola MoU that clearly stipulates non-aggression and putting an end to such activities as noted above.

Whether Uganda takes seriously its commitment to regional peace or continues to play hide and seek – where it publicly says one thing and privately does another – what is clear is that the decision by the DRC government to seriously tackle the insecurity in north and south Kivu and to put an end to the killings of innocent Congolese by these negative elements is paying off in the campaign to pacify the region. This must be a welcome sign for any peace-loving person in the region or anywhere in the world.