Terror suspect Callixte Nsabimana yesterday appeared before Gasabo Primary Court where he pleaded guilty to all the 16 charges he faces. He spent most of the morning giving details of how, among others, Ugandan intelligence supported rebel outfit National Liberation Force (FLN)’s attacks in and around Nyungwe National Park. Until his arrest last month, Nsabimana was the group’s spokesperson.

The group last year launched sporadic attacks on Rwandan territory, killing nine people, while it also abducted several others, burnt vehicles, and looted. The hostages were later rescued by the Rwanda Defence Force. The attackers fled back into Burundi.

Nsabimana said that in a bid to find allies within the region, FLN was constantly in touch a Burundian external intelligence officer who he only identified as Major Bertin alias Moses.

FLN is affiliated to another outfit known as MRCD, which is led by Rwandan dissident Paul Rusesabagina, and is also part of the so-called P.5, an amalgamation of terror groups with training bases in DR Congo that seeks to destabilise Rwanda.

Nsabimana explained that Major Bertin was instrumental in helping FLN rebels to move from DR Congo to Burundi’s Cibitoke area, then Kibira Forest before they crossed over to Rwanda’s Nyungwe forest where the attacks were conducted.

He said that the Burundian officer, through a Capt. Sunday Charles from Uganda, set up a meeting between FLN and Uganda’s Head of Chieftaincy of Military Intelligence (CMI); Brig Gen Abel Kandiho. 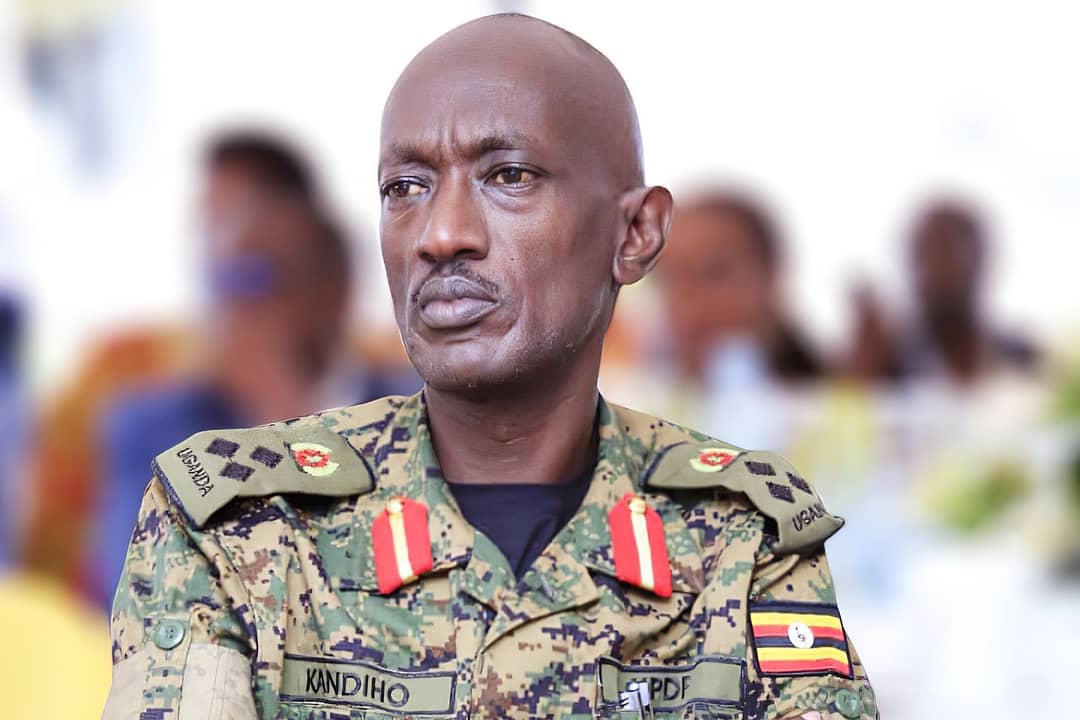 “When the meeting was confirmed, a decision was made to send Barnabe Sinayobye and another officer. When they got to Uganda, Kandiho was not available due to other commitments but he sent a Colonel who I learnt works in external intelligence to represent him,” he said.

Nsabimana said that the meeting between his team and Uganda’s CMI rotated around FLN’s appeal for both military and diplomatic support from Uganda.

“In our meeting, we asked for their military support and backing in terms of diplomatic relations and received a positive answer. By the time of my arrest last month, we were planning to go back to Uganda to finalise the deal. Your honour, I am guilty of my involvement and plead for your mercy,” he said.

Nsabimana has for the past one year been a vocal critic of Kigali and was regularly hosted by international media houses like VOA and BBC in his capacity as the spokesperson of FLN militia group.

During the court session, he said that indeed, the voice heard on the radio stations and on several Youtube-based outlets was indeed his.

His revelations of the support the armed group received from Uganda corroborates both the accounts of two former commanders of FDLR, a militia largely blamed for the 1994 Genocide against the Tutsi in Rwanda, and a UN Group of Expert Report released in December last year.

In his submissions, the prosecutor, Oscar Butera, said that among the counts include one of conniving with foreign governments with an aim to wage war on Rwanda.

This is further corroborated by the report of UN Group of Experts, which cited Uganda in facilitating the recruitment drive for the outfit. The two FDLR officers – Ignace Nkaka, the outfit’s spokesperson, and Lt Col Jean-Pierre Nsekanabo, its head of the intelligence – were arrested at the DR Congo border on their way from Kampala where they had gone to attend a meeting of armed groups with view to form a common front to destabilise Rwanda.

According to the two men, the meeting in Kampala was chaired the Ugandan State Minister for Regional Affairs Philemon Mateke. They said the meeting was also attended by a delegation of another anti-Kigali outfit, Rwanda National Congress, among others.

Relations between Rwanda and Uganda have soured in recent past in the wake of a raft of grievances against the Kampala establishment, including persecution and illegal arrest, torture and irregular deportation of Rwandans.

Several Rwandans have testified about torture meted out on them by Ugandan security operatives, mainly CMI agents, working with Rwandan dissidents, after refusing to join anti-Kigali armed groups.

Both CMI’s Brig. Kandiho and Capt. Sunday are also implicated in the report by the UN Group of Experts, which showed that Uganda was facilitating Rwandan dissidents to destabilise the country. The UN report also said the rebel outfits were actively recruiting from Uganda.

The attacks by FLN in Southern Province occurred on at least two occasions, the first occasion taking place in Nyabimata Sector, Nyaruguru District, in April last year, during which people were killed, property burnt and people’s harvest looted.

The other attack occurred in Cyitabi Sector in Nyamagabe District and it targeted passenger service vehicles.

“Let me address the Nyungwe attacks…we had given FLN specific instructions that whatever operation they launch, it should be about destroying bridges, ambush military vehicles, attack sector and district office as well as police and military camps,” Nsabimana told the court. “We didn’t expect them to attack civilians,” he added.

Prosecution, which said it is in possession of the suspect’s three cell phones, his Lesotho passport (with a fake name) and four pairs of sunglasses, asked that the suspect be remanded owing to the gravity of the offences and the fact that he has no known address having been arrested outside the country.

According to the prosecutor, investigations were still underway.

Court said they would deliberate on the bail application and render the verdict on Tuesday, May 28.