A letter from Uganda’s Ministry of Foreign Affairs to its Rwandan counterpart extending an invitation to Rwanda for a second meeting of the Ad-Hoc Commission (on implementation of the Luanda Memorandum of Understanding) raises a question: is Uganda conducting diplomacy through websites that normally are a conduit for misinformation?

This follows the fact that the letter was leaked to Chimpreports, one of the Uganda-intelligence community-affiliated websites, before it got to Rwandan officials.

Last Sunday, October 20, Chimpreports, which consistently targets Rwanda with hostile propaganda, claimed that, “Uganda has invited the Rwandan Government for talks in Kampala” (regarding the work of the Ad-Hoc Committee). 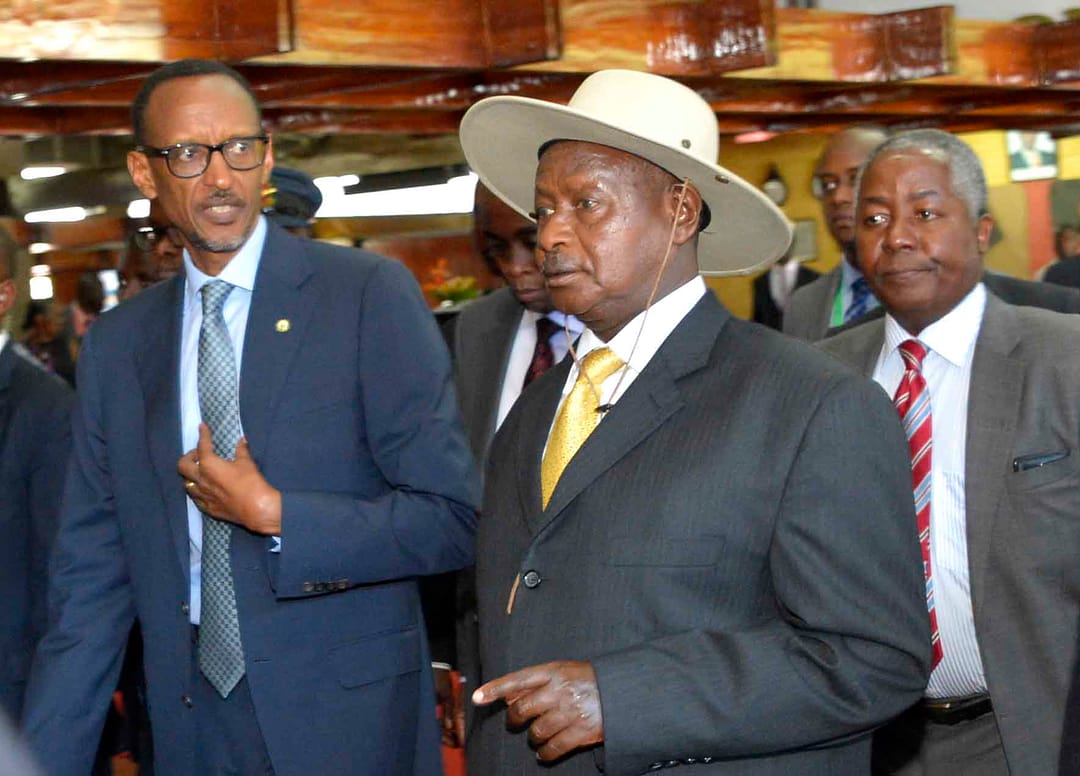 The following day however, Rwandan Minister of State in Charge of East African Community Olivier Nduhungirehe rubbished the claims.

“It is weird to learn this through Ugandan newspapers. We were not consulted on any date, and the Ministry of Foreign Affairs, or the Rwandan High Commission in Uganda hasn’t received any invitation,” Nduhungirehe posted on his Twitter account.

However, it turns out the letter exists (The media has seen a copy). It is signed by Ugandan Foreign Minister Sam Kutesa himself, and is dated October 18, 2019.

This means the Ugandan authorities leaked it to Chimpreports before sending it to Kigali – which is why officials like Minister Nduhungirehe expressed puzzlement when Chimpreports mentioned it.

This is what raised the question whether Kampala now conducts affairs of state through propaganda publications.

Further indication of a lack of straightforwardness on Kampala’s part lies in the date the Ugandan High Commission in Kigali formally extended Kutesa’s letter to the Rwandan authorities.

It was this Monday, October 21 – a day after Chimpreports had published its article (on Sunday).

“Something is just not right in the way Kampala has chosen to play this game!” said an official who preferred not to be identified as he wasn’t authorised to comment on the matter.

The first meeting of the Ad-Hoc Commission was in Kigali on September 16, 2019. Afterwards it was resolved the follow-up summit would take place within 30 days.

The time frame elapsed without Uganda following up on its obligation to hold the summit in the stipulated time – which was around October 15, 2019.

But now Kampala is sending its invitation, well after the date is due, and after leaking it for publication – an act completely contrary to diplomatic conventions.

In the meantime, there has been no progress on Kampala’s part concerning either freeing, or according fair court trials for the hundreds of Rwandan civilians incarcerated in different Ugandan prisons.

Or several more languishing in places of detention like torture dungeons and “safe houses” run by Ugandan intelligence agencies.

Only last week Eron Kiiza and Tony Odur, attorneys for over 100 illegally incarcerated Rwandans were calling upon Ugandan Military Intelligence, CMI, to release their clients. ‘

“Their families have suffered a lot. Our clients are held incommunicado and their families not allowed to see them. The few that have been lucky to be released exhibit signs of torture,” Kiiza said.

Some have been in detention for over two years without ever getting a court trial. None was ever arrested through normal legal procedures – such as with arrest warrants. Even the “arrests” of the Rwandans are abductions by definition.

The typical method is for a group of men to abruptly circle someone – as CMI agents did to Rene Rutagungira in a bar in Namirembe Bakuli, Kampala, in August 2017 – and drag him away, fighting and screaming for help.

Kampala has also done nothing to dismantle Kayumba Nyamwasa’s RNC networks in Uganda.

Neither has the Ugandan Government shown signs it has disassociated itself from FDLR – the offshoot group of the Ex-FAR and Interahamwe militia that were the main perpetrators of the Genocide.

Rwanda has on many occasions, through its high commission in the Ugandan capital, protested anti-Rwanda activities such as recruitment in Uganda for the RNC rebel group. Up to today this has not ended.

When five participants in the terror attack in Kinigi this month were captured, all said they were with the FDLR RUD – one of the groups bent on destabilising Rwanda.

All the five said they were recruited in Uganda.

Also high-ranking Ugandan personalities are overtly in business with individuals such as Tribert Rujugiro, the chief RNC financier.

All objective observers agree these activities or situations completely fly into the face of the MoU.

They violate the letter and spirit of the document signed by both the leaders of Rwanda and Uganda on 21 August in the Angolan capital.