According to the testimony of two  intercepted FDLR officers – LaForge Bazeye and Lt Col Theophile Abega – who took part in that meeting in the same Kampala coordination 14-15 December meeting chaired by Uganda’s Minister of State for Regional Affairs, Philemon Mateke, the minister told the two terror organisations that his boss – Yoweri Museveni – had instructed him to convey the message that they should aim at destroying key Rwandan infrastructure – primarily in the government and security sectors. 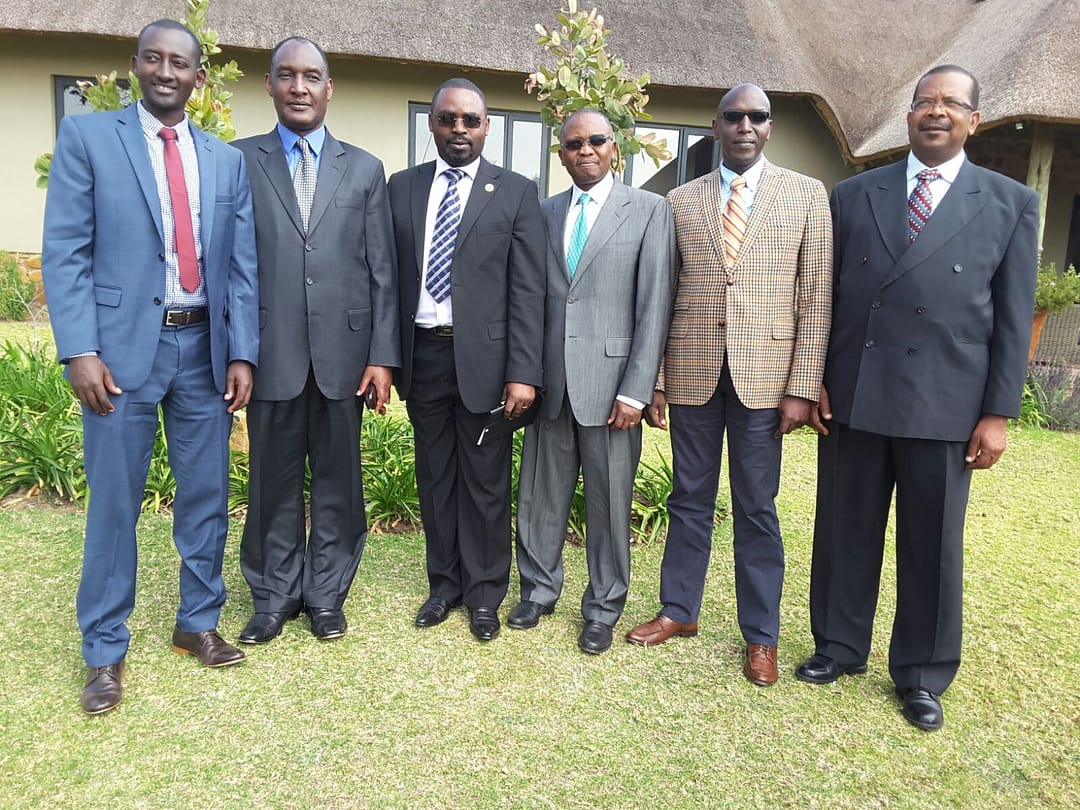 It reads like the rest of RNC promotional material recently appearing with regularity in Uganda’s media as part of that country’s policy to destabilise Rwanda.

This policy requires sanitising the RNC from its terrorist character into a semblance of a bona-fide political organisation.

Otherwise, the cost of association to Uganda would be costly to any supposed benefits derived from it, especially now that the organisation appears to be in tatters from developments on the ground in DRC rebel strongholds – more on that in a future piece.

For now, the main concern for Uganda is the damage to its image from associating with a terrorist organisation.

This requires it to either sanitise the RNC as a “political party” with political aims; or to admit charges it is a terror-sponsoring state.

The latter would clearly place the country in the cross hairs of the American-led global alliance against terror.

Uganda’s leadership wishes to eat its cake and still have it; support terrorism  against Rwanda, while avoiding getting itself in the cross hairs of this global alliance.

This explains the rush to mobilise the media houses into a full-court propaganda campaign to sanitise the RNC from the terror entity it is to a purported bona-fide opposition political party.

Ironically, as they do this, they have also been hosting coordination meetings between the RNC and the genocidal FDLR, already on the American terrorist watch-list.

In other words, the Ugandan authorities are highly conflicted, and unable to develop a clear and coherent position on terrorism that can withstand the most cursory scrutiny.

Similarly, the contradictory challenge they face is to encourage and facilitate the RNC – and the FDLR – terror activities in Rwanda even as they try to help them push the fiction they are opposition political organisations.

For example, according to the testimony of two  intercepted FDLR officers – LaForge Bazeye and Lt Col Theophile Abega – who took part in that meeting in the same Kampala coordination 14-15 December meeting chaired by Uganda’s Minister of State for Regional Affairs, Philemon Mateke, the minister told the two terror organisations that his boss – President Museveni – had instructed him to convey the message that they should aim at destroying key Rwandan infrastructure – primarily in the government and security sectors.

On the one hand, Uganda is actively encouraging them to undertake terror operations, while on the other, it is trying to whitewash them as political opposition.

What the authorities in Uganda seem to ignore is that what makes an organisation a terrorist entity is not what it or its sponsors call it; it is what it does: how it pursues its aims determines their legitimacy – locally, regionally, and internationally.

Pursuing political aims by terror makes any organisation terrorist and those supporting it sponsors of terrorism.

There are no two ways about it; this reality cannot be whitewashed by any media campaign no matter how extensive and intensive.

The RNC didn’t wake up one day only to find itself known as a terror organisation. It is its actions that qualified it as such: its indiscriminate violence against innocent civilians.

After its establishment in 2010, the RNC immediately embarked on terror activities inside Rwanda that killed 17 people and maimed 400 between 2010 and 2014.

In September 2013, its operatives set off grenade attacks at the Kicukiro market, claiming lives of two people (Yadufashije and Habiyambere), wounding another 46.

The meeting to plan these attacks took place at Mamba Point Bar in Kampala in July 2013. Representatives of the RNC and FDLR planned to disrupt the September 2013 parliamentary elections and the end-of-year festivities.

On 5 November 2013, Corporal Joseph Nshimiyimana, who participated in the Mamba Point planning meeting in Kampala, testified before court after his interception that Kayumba Nyamwasa had sent emissaries Esther Kanyire and Sam Lethoko from South Africa to link the RNC’s Lt Joel Mutabazi with the FDLR’s Col Jean Marie to plan the terror attack.

Minister Mateke was another emissary to the RNC and FDLR in yet another plan to blow up Rwanda’s infrastructure.

Yet, the Kampala authorities seem to be under the illusion they can support terror organisations without their government being called by the right name – a terror-sponsoring state – or those who engage in terror operations that include blasting grenades in markets by their rightful name, terrorists.

These realities cannot be whitewashed away by any media campaign. The campaign is like clothing a pig in a shiny wardrobe in the futile hope that this will hide the filth – the mud on the swine will still be visible to any observer.

Both Uganda and the RNC continue to play in the pigsty while striving mightily to convince onlookers they are clean.

They fool no one. It is only a matter of time before these RNC and FDLR terrorists and their sponsors are held to account.