A machete-wielding mob in Uganda tried to interfere with the work of a Rwandan security patrol – which was intercepting a smuggler – causing members of the patrol to shoot in self-defence; two people; the smuggler and a member of the mob.

As a result, they both lost their lives.

According to officials, the incident took place within Rwandan territory – in Tabagwe Sector, Nyagatare District.

Border security sources say that in the evening of Friday 24 May 2019, the patrol tried to stop a motorcyclist who had just entered Rwanda through one of the un-gazetted, porous routes along the border.

The motorcycle was laden with what appeared to be bales of goods, prompting suspicions that the rider was involved in smuggling.

But rather than obey a lawful order to stop, the man turned violent, attacking members of the security patrol while attempting to flee back to Uganda.

It was then that groups of people from the short distance across, in Uganda, came running. Some were carrying machetes.

According to border security sources, “the Ugandan villagers behaved very violently, looking determined to help the smuggler to escape.”

The Rwandan security men, surrounded and threatened, shot in self-defence. The smuggler was Nkerenke Pierre, a Rwandan national.

It was later discovered that he was carrying two bales of second-hand clothing on his motorcycle, registration number RE 736 G.

The second person to die was a Ugandan, who, according to our reliable sources, was one of the people carrying a machete and trying to incite Nkerenke into resisting arrest.

It is suspected that, given his actions, “that he was an accomplice of Nkerenke in the smuggling activities.”

The unruly mobs fled, but managed to carry away the body of Nkerenke.

“Elements in the Ugandan media, and Ugandan security authorities have been claiming that Rwandan forces entered Uganda to kill people, but those are the usual malicious rumors we are used to from across the border,” said a border security source that spoke anonymously.

“The newspapers, and the authorities from across (Uganda), are capitalising on an unfortunate incident and trying to politicise it, instead of telling the truth; or sensitising people against wrong-doing.”

A Uganda Police press release issued yesterday, 25 May 2019 and signed by the force’s spokesman CP Fred Enanga claimed that Rwandan forces had “illegally entered into Uganda” and shot the two people.

“The Police condemn the violent act of killing innocent civilians with impunity, regardless of their immigration status,” read the press release. The Ugandan media – Daily Monitor, ChimpReports, and several websites – jumped on these and similar claims in the communication, and published them verbatim despite the distortion of facts involved.

However facts on the ground are that the incident did not happen in Uganda, according to security personnel who were on patrol and officials who visited the scene. 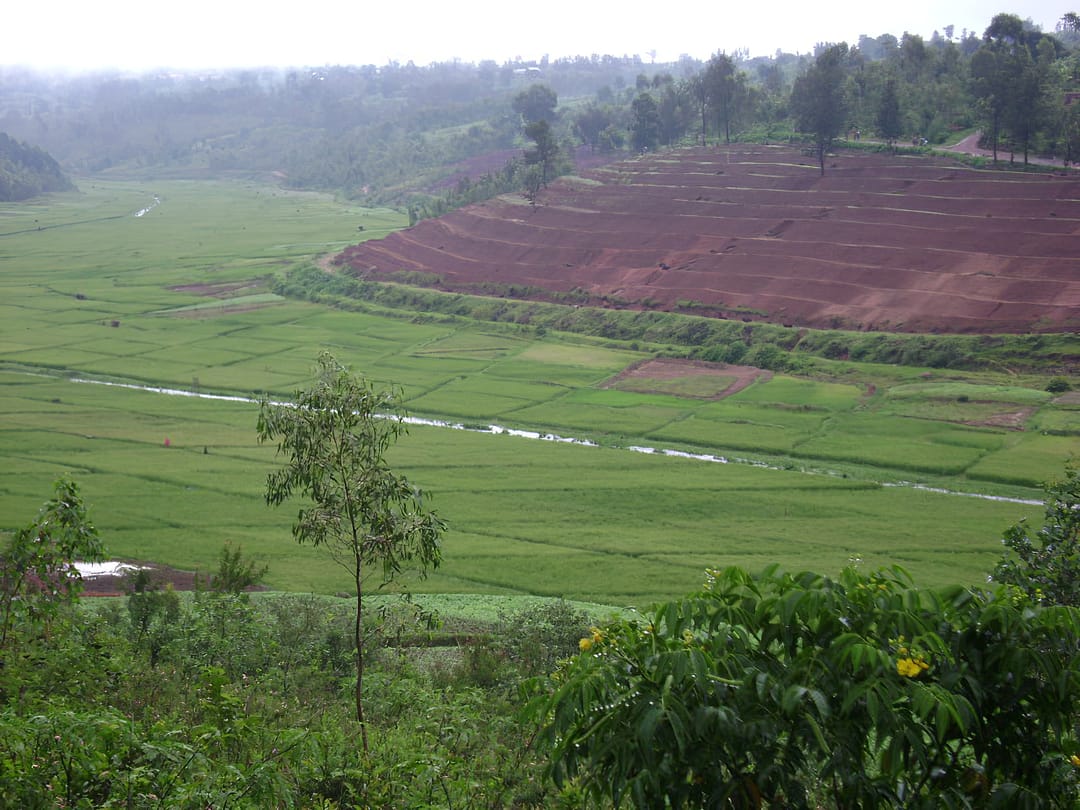 It was observed that the area is in Rwandan territory. It is in the Tabagwe Sector, Kagarama Village of Nyagatare District. “That alone has completely disproved the allegations that Rwandan troops crossed into Uganda and shot people there,” commented our security source.

He added: “in any case, whatever the Ugandans say, it should also be well understood that Rwanda can never relax her vigilance, because the illegal routes that smugglers, drug traffickers and other criminal elements use are the same that those bent on destabilising Rwanda can use!”

Kampala has revealed itself to be the main backer of groups plotting to bring conflict and instability back to Rwanda; the same groups responsible for terrorist attacks that have killed many Rwandans and injured hundreds, among them RNC and FDLR.

Our security source – referring to Enanga’s press release where the Uganda Police Spokesman says, “in the recent past, 44 Rwandans who had entered Uganda illegally were intercepted in Kasese and deported to Rwanda in a very peaceful manner” – wondered about one thing.

Why is Enanga silent on the matter of the hundreds of Rwandans currently illegally incarcerated in Ugandan prisons, as well as the several detained by the country’s intelligence agencies particularly in CMI’s dungeons.

“Enanga should not only mention ‘44 Rwandans deported from Kasese’; he should tell the world about the more than one thousand Rwandan citizens in detention in prisons all over Uganda, some for years!”

The accusations range from “illegal entry” to “espionage”.

Each and every one of the victims have described the inhuman treatment they have suffered in the prisons – performing slave labour on prison farms, doing backbreaking tasks making bricks, and the like, while being starved almost to death.

Legal analysts on the other hand have wondered how people that are citizens of an EAC state can be arrested in another EAC state, when the bloc’s Common Market laws on freedom of movement of people clearly stipulate such arrests are illegal.

There are the over a hundred Rwandans currently suffering torture at CMI headquarters in Mbuya Military Barracks alone.

A Rwandan pastor of the ADEPR Church, Ntakirutimana Theoneste that only this month was released from Mbuya said he personally counted the Rwandans – over a hundred! – and said they endure daily beatings, electrocutions, immersion in ice water and other torture.

Working with their RNC (the group of Kayumba Nyamwasa) henchmen, CMI agents have abducted many Rwandans on accusations of “spying for Rwanda”. But they never prove a thing, and they never produce their victims in court.

People like Gatsinzi, a father that was visiting his son at Mukono University in December 2017, was abducted by CMI operatives working with Rugema Kayumba.

The latter is a notorious RNC operative that is always on Facebook spreading anti-Rwanda propaganda.

They tortured and crippled Gatsinzi so that he was dumped at Gatuna border in a wheelchair. Others like Roger Donne Kayibanda, who earlier this year was abducted while in Kampala to attend his brother’s civil wedding “only thank God,” for having escaped the inhuman things he saw in Mbuya.

The families of the detainees are denied the right to see them. “Why is Enanga silent about these clear violations of the rights of Rwandans?” asked a Rwandan official.

Enanga has been embarrassing himself that Rwandan officers on foot outran the deceased who was on a motorcycle across the border into Uganda. Incredulous!

“Yes, right!, he commented sarcastically, Enanga or other Ugandans ‘have many lessons to teach Rwanda about the rights of Rwandans, which is the business of their government. What a joke!”

He added, “Instead of giving empty lessons, Ugandan officials have more than enough problems of theirs, why not concentrate on those and leave Rwandans alone!”