Félicien Uwizeye, 71, and three other Rwandans, on Tuesday complained of endless assault of Rwandan prisoners in Uganda in addition to slavery after spending a year in detention there.

What Ugandan authorities are allowing to happen to innocent citizens of a neighbouring state, he said, is not only wicked but also shameful.

When he travelled to Uganda a year ago in search of work as a casual labourer, Uwizeye had counted so much on getting a job in the rural farmlands there.

But little did the father of seven know, that merely because of the current tensions between the two countries, he would spend the year in a jail doing hard labour, being beaten almost every other day.

Uwizeye who hails from Burera District made the ill-fated trip on August 7, 2018. 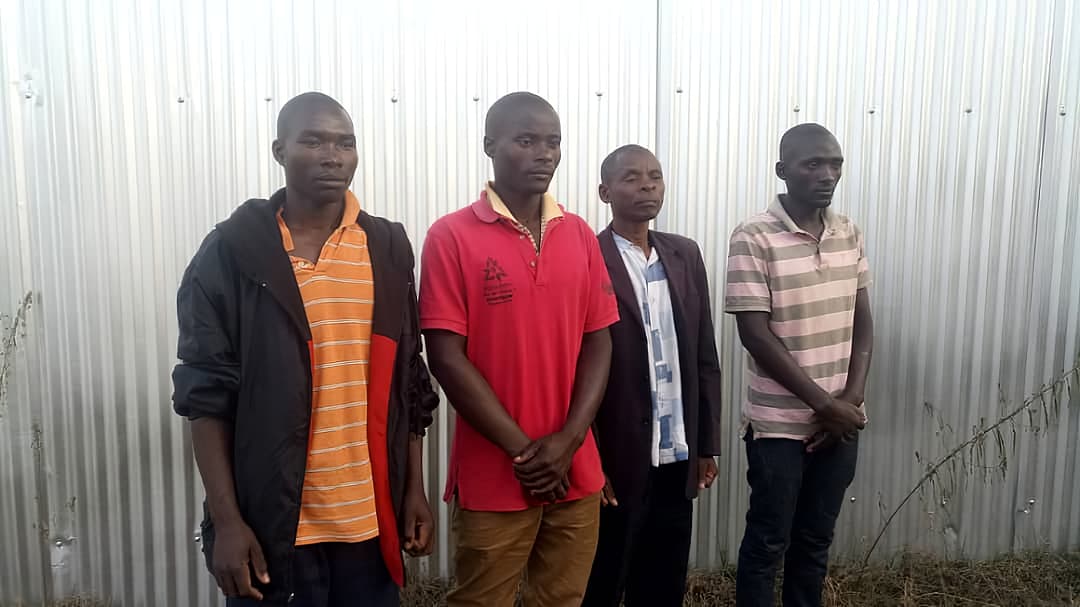 He was deported last weekend, along with three other Rwandans – Jimmy Habimana, 27, Emmanuel Twizerimana, 25, and Jacob Ndayambaje, 36.

“On the day I travelled, shortly after having my travel documents checked and cleared, and crossing into Uganda I run into a roadblock where people were being arrested in big numbers. They gathered us and we were taken to a police station where we spent three days before being taken to court. In court, we were summarily handed one year jails terms allegedly for entering Uganda illegally,” Uwizeye told reporters on Tuesday.

“We were then taken to the prison in Kisoro [District] and later Ndorwa Prison where I found very many Rwandans. I realised that many more Rwandans would arrive every day until the prison was too full and they were being relocated to other prisons in Mparo, Kiburara and Mbarara.”

During all the 12 months in prison, he said, hard labour was the order of the day.

His group was forced to carry heavy logs and make bricks all that time.

Whoever failed would be beaten harshly.

“We got to the point where we became used to the suffering and persevered until our time passed and we got out. But the people we have left behind a really suffering. The government of Uganda should be asked why innocent Rwandans are made to suffer to such an extent.”

In March this year, Rwanda issued a travel advisory against its nationals travelling to Uganda.

It came following series of abductions of Rwandans in different parts of Uganda that saw hundreds thrown into detention facilities without due process.

In Kabale prison, Uwizeye estimated that “about 500 Rwandans are still languishing there.”

“I can’t tell the number of those taken to in Mparo, Kiburara and other places since we had been separated but we heard that people are suffering so much there too.

For more than a year now, things have not been well with Rwanda and Uganda and many Rwandans have suffered as a result.

Uwizeye’s fate is no different from that of hundreds other Rwandans deported from Uganda in the past few months.

Those deported, however, count themselves lucky since many others are dying in Ugandan jails.

On Monday, Albert Imanizabayo, 27, a resident of Kigugu Sectora in Burera District, also told reporters in Kigali that he endured gruesome torture for a year in Uganda.