The Electoral Commission has given an explanation as to why Bobi Wine’s new political party, the National Unity Platform (NUP) must reserve red colour for Uganda People’s Congress (UPC).

Chairman Justice Simon Byabakama says the Electoral Commission only allowed change and gazette of name from National Unity Reconciliation and Development party (NURDP) to National Unity Platform (NUP) and not the red color. 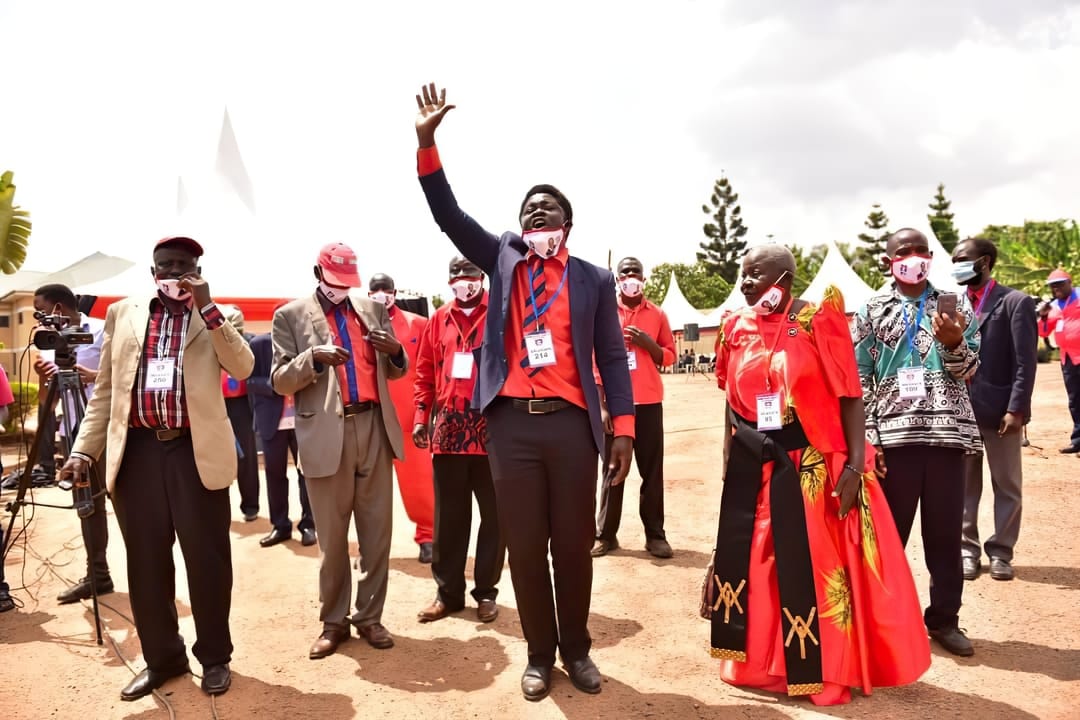 Byabakama told reporters in Kampala on Tuesday that the name, NUP was successfully gazetted but not the colour.

NUP, previously NURDP provides for three colours, that is red, white and navy blue but NUP chose red as a dominant color.

“NUP wrote to us last year with intention to change the name from National Unity Reconciliation and Development party to the current National Unity Platform,” he said.

“The Political Parties and Organizations Act section 11 says that any political party which wishes to change its Constitution, identifies symbol, colour or name shall notify the Electoral Commission about that intention and the Commission on its part after getting that notification shall cause that change, publish in the gazette, which we did. We put this notification in the gazette,” said Byabakama.

The change of color, he said was not accepted by the Electoral Commission.

“We wrote to NUP and pointed out that the colour red you wanted was already utilised by the Uganda People’s Congress (UPC) which has been on for so many years. We pointed out to them that their request was not entertained (to change the colour of their symbol). As we talk, we have not had any feedback or response from them regarding the advice we gave them. The law says, even if you are changing the symbol or colour, it must be gazetted by the Commission. We gazetted change of name, we have not gazetted change of color,” said Byabakama.