The operatives on Saturday stormed City Bar located in the heart of Centenary Park in Kampala, where Mr Mukasa was addressing a joint press conference with his colleagues.

The soldiers dragged Mr Mukasa to a waiting van which sped off to an unknown destination.Army spokesman, Brig Richard Karemire could not comment on the matter.He said he was not aware of any arrest made by the soldiers. Mr Mukasa in conjunction with Mr Abby Musinguzi, the proprietor of Abtex Productions, were announcing their plan to organise a People Power Marathon to collect money to support Mr Robert Kyagulanyi alias Bobi Wine, and orphans whose parents have died during the ongoing People Power struggle.

People Power is a political platform that was formed by Bobi Wine, the Kyaddondo East Member of Parliament, to mobilise Ugandans to vote President Yoweri Museveni, who has been in power for 33 years, out of office. Over 120 music shows by the singer-cum-politician have in the past been stopped by security agencies. 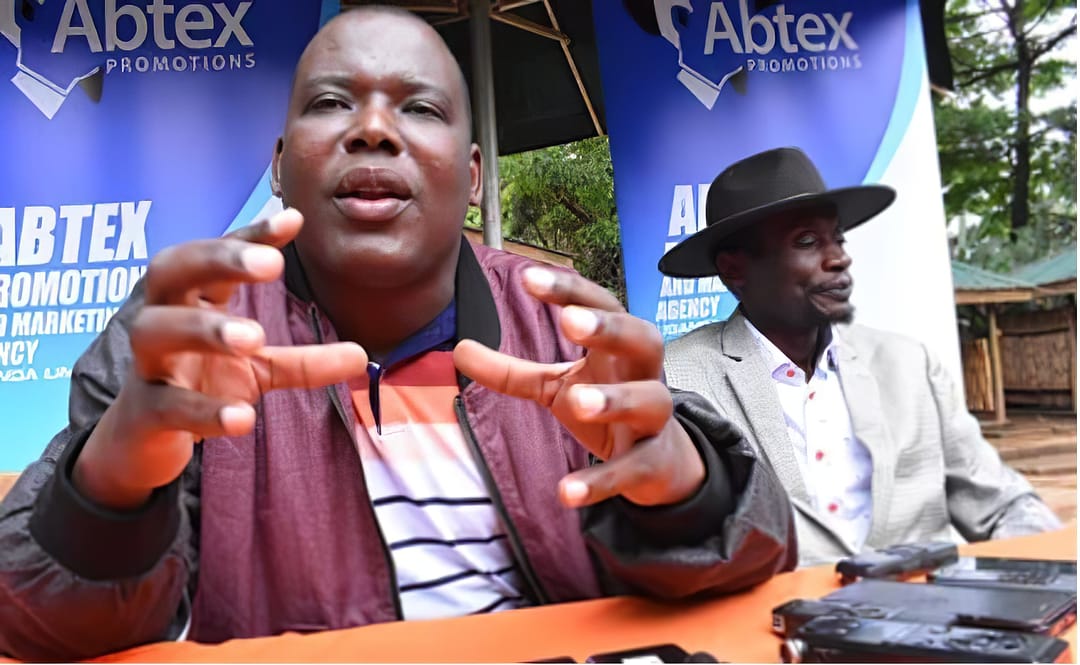 Mr Andy John Mukasa before being arrested. He is flanked by Mr Abby Musinguzi, the proprietor of Abtex Productions.

Mr Musinguzi, later said that they will suspend Bobi Wine’s concerts until court pronounces itself in a case they filed against the Inspector General of Police “ who has been illegally stopping the shows because we believe in the rule of law.” “As we wait for court and since Bobi Wine is a hot cake, we are going to organise a marathon dubbed People’s Marathon where each participant will pay Shs10, 000. We have done this to earn money for Bobi Wine whose concerts have been blocked,” Mr Musinguzi said.

The van that was used by security operatives to transport Mr Mukasa to an unknown detention facility.