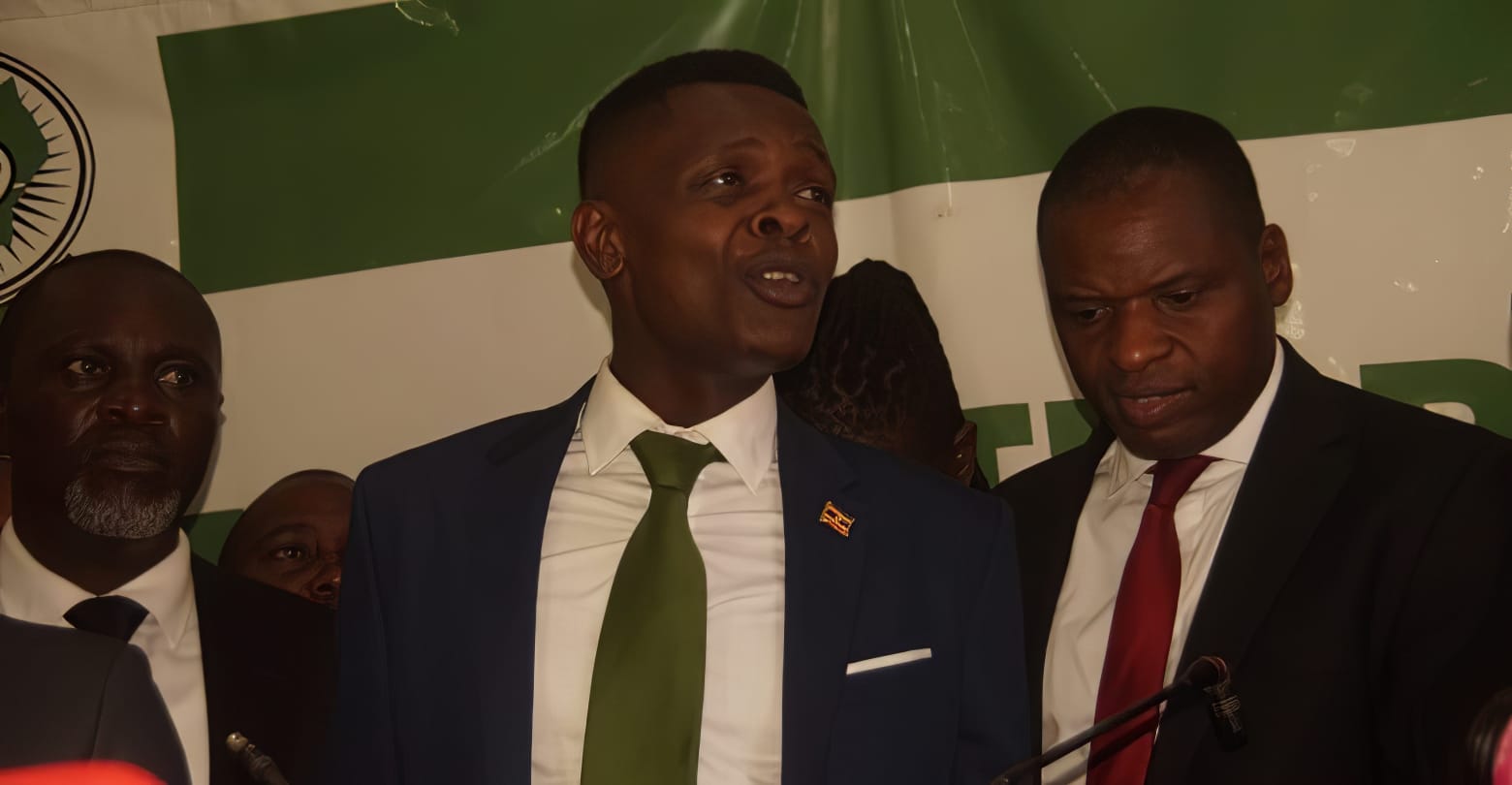 Chameleon was arrested together with his brother Weasel after they attempted hold a procession in the city centre, shortly after addressing the press at DP headquarters.

Jose chameleon was detained at CPS in Kampala and released shortly afterwards.

While addressing the press, the newly appointed national mobiliser of the opposition Democratic Party said he will never quit the party until his death.

Chameleon also said that he is in the struggle to “liberate Uganda from the hands of the oppressor.” The singer also said the reason he joined the struggle was to liberate those who made him what he is today and also to make Uganda look like other countries that he admires whenever he travels.

He added that the entire NRM regime had run out of ideas needed to move the country forward.

When asked whether he will not turn against DP as many of critiques have predicted, he said he doesn’t plan leaving the DP since both of his parents belonged to the same part.

On the issue of 2016 NRM campaign song “Tubonganawe”, chameleon said he participated in song to make money since he had many issues that required financial assistance.

“I sang Tubonganawe because of money. I had my issues so I needed money” he added