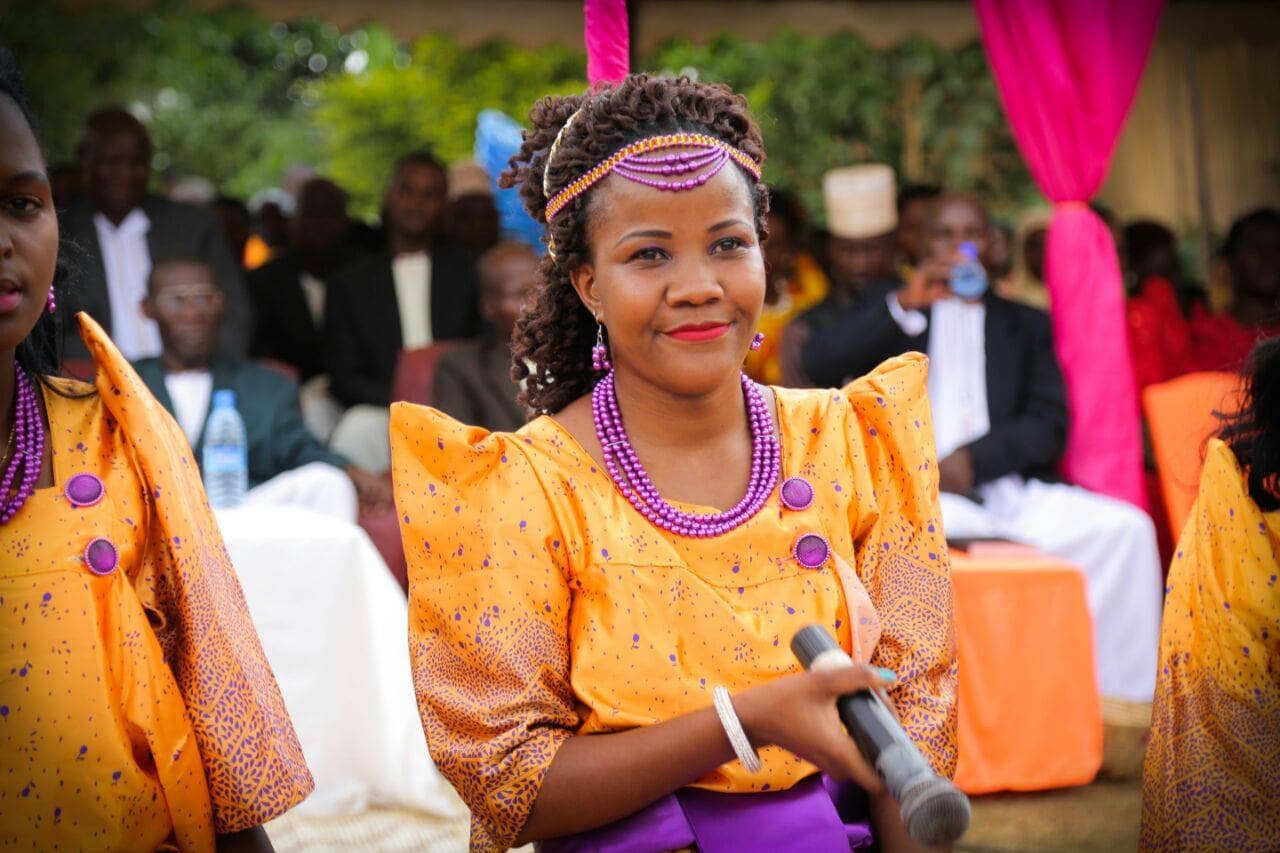 Uganda is the pearl of Africa. It is my motherland, embracing diversity of culture, faith and tribe. Family value is a traditional cultural value in Uganda which is very important as a family is considered to be the basic social unit which represents people living together by marriage, blood relatives and adaptation. The most common type of family is extended family consisting of one or more wives with their children, other people who may or may not be related to them and one or more fathers. The family is where many social and moral values get imparted as it is the first school where members of a given community get trained into ways of the society thus sharing, hard work, compassion, hospitality and integrity to the young generation. 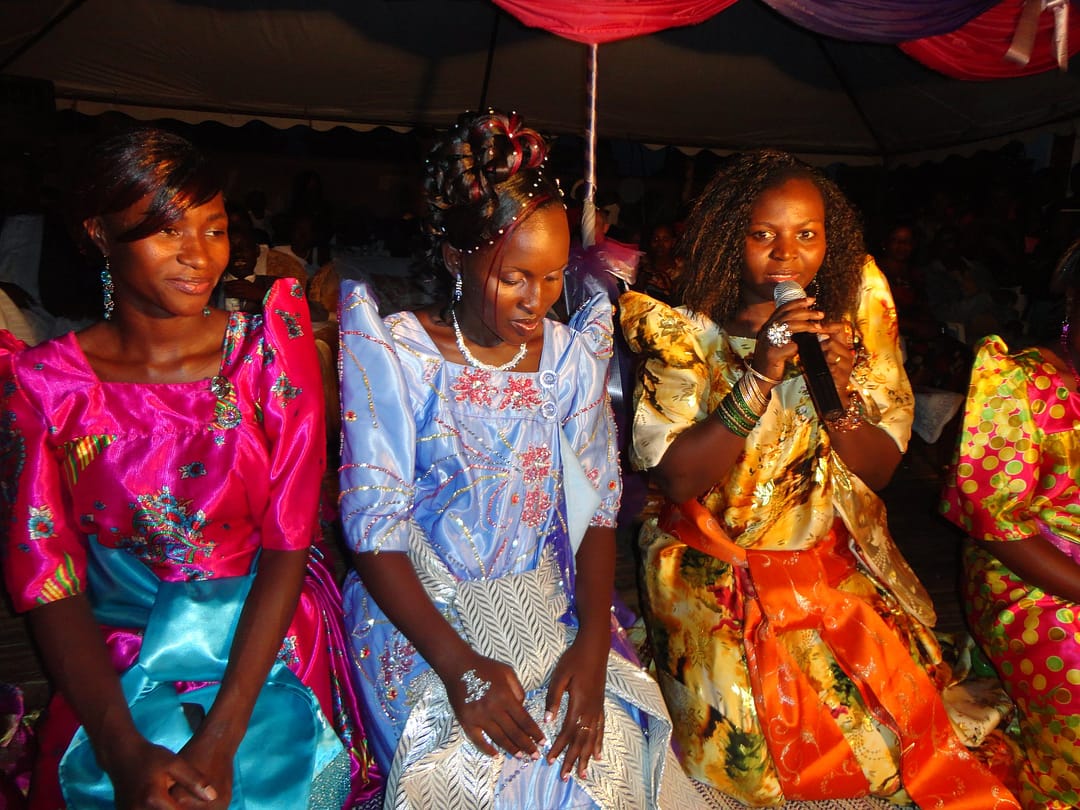 Traditional marriage is the cultural practice performed among the intending couple. This is done to honor the parents of the bride and the moment to celebrate and jubilate with the new couple. The style of dressing is flamboyant dressing where traditional clothes are worn as well as cultural activities are performed like folk tales, traditional music and dancing during the ceremony. The bride takes her bridegroom to her parents for approval first then the main traditional ceremony takes place known as introduction where the gentleman asks for the lady‘s hand for marriage. This kind of ceremony is held at the bride’s home and negotiation of bride price is discussed by the bride’s parents where they agree upon whatever amount and gifts the bridegroom has to bring on the big day (introduction).

Traditional circumcision is a traditional cultural practice carried out primary for initiation ritual and rite of passage into adulthood on adolescents ranging between sixteen to twenty six years of age. The procedure is performed in non – clinical setting by a traditional provider without formal medical records or training except the traditional teaching and training which they get during family and community gatherings. The candidate elected spends few months preparing for this big ceremony where the elders teach them the responsibilities of adulthood like the girls are taught by their aunties to be hardworking, how to give respect to your husband and the boys are taught by their fathers and uncles on how to head a family .Decorations of animal skins and ash are plastered on the body. The candidates are then escorted by a large group of people singing, drumming and others dancing traditional songs in order to appease the gods to allow the practice take place. The crowd pass via the streets to connect to relatives and seek for blessings for the candidates. Crying is forbidden as it not only means you are a coward but also brings shame to the family.

The traditional value of children in a family is sacred as children are looked at as not only a blessing from God but also a seal of marriage especially the male children carry more value than the female children. Marriages are not broken up when the couples have children despite the misunderstands and difficulties the couples may get along the way of their marriage. Not even death of the man since women are looked at as property of the family after bride price is made, the brother to the late husband of the family inherits the widow and takes care of both the late brother’s children and the widow and he has a right to bear more children with the widow without the widow refusing.

Traditional cultural entertainments are organized by the community leaders where people are encouraged to present their talents as the best performer is awarded with gifts. This promotes talents of the younger generation. Community work is taught during such gatherings where people are taught by the elders the value of unity, hard as work is praised and laziness is condemned by the society. Work is done as a community which promote solidarity and community spirit of not focusing on individual richness but rather as a community.

Life and death in Ugandan traditional culture is believed that life does not end with death but it is a continuous form so a decent burial has to be offered to everyone who dies. The deceased’s name is passed on though naming of the young generation who are born and copse stays in the house until the elders of the community gather to make decisions. Burials are done in the afternoon and the deceased’s body faces the direction they migrated from like my tribe the Bantu face the Eastern direction. When a female is buried, her body is laid on her left side and for males, their body is laid on their right side.

During grieving moments, every mourner sleeps at the home of the deceased and manual work is prohibited on the mourning days in order to give final respect to the deceased and also not to make the gods angry as engaging in manual labor can lead to misfortunes for the community like hailstorm.

For the burial of the married, the community gathers and a fireplace is lit in the middle of the compound to indicate that the deceased has been the owner of the home and the body is placed in a coffin in the middle of the living room for overnight until burial time when it is taken to the ancestral grounds for burial. However, for a child, the father descends into the grave and receives the body from the mother for burial. The body is not buried in a coffin but is wrapped up in pieces of clothing.

In case someone commits suicide, the traditional culture of Uganda does not allow mourning for such a body and the body in that situation is given another kind of treatment

unlike the one who has died of a natural death. The body is not touched and a hole is dug at the spot then ropes are cut leaving the corpse to fall into the pit. Weak people who may mourn and those that may weep during the burial by mistake are given a traditional cleansing that allows them to get rid of the ill – omen of the deceased. This kind of burial is done to discourage the younger generation from committing suicide and seek for advance form the elderly members of the community in case of any trouble or difficult moments of life.

Unfortunately, most of these Ugandan cultural values are gradually declining due to the introduction of the Western world culture although some customs of the traditions are being maintained at a minimum level by the elderly members of the community like respect, marriage, the value of family is still being emphasized to the younger generation today.

I love my country Uganda and with diversity of traditional culture, beliefs and faith. Uganda is my motherland. For God and my country. Ugandan motto.