When you interact with Ugandans today, you’ll find that most of them are uninformed and are living in a bandwagon burble. The Ugandan Society has become a hostage to “I know it all”. One of the most disturbing things facing Uganda today, is the sleepy society that is addicted to Facebook. In-spite of access to information on the web, most of the Ugandan youths continue to be very ignorant. The media is mostly controlled by agents of the regime,tribal elites and foreign entities. 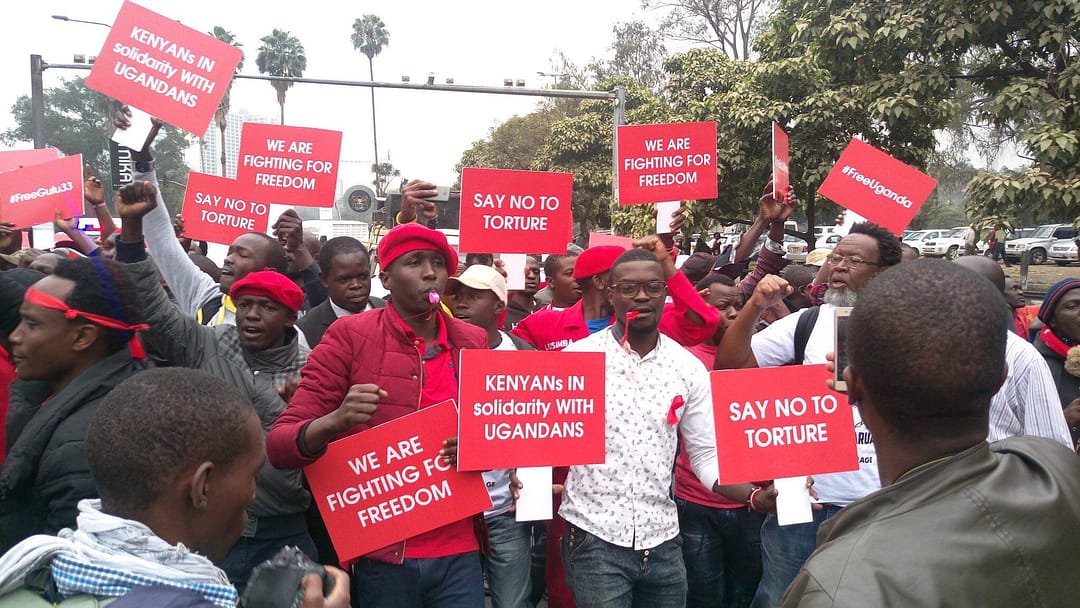 One could think that the diaspora community is very aware, but that’s not the case. In fact, the Uganda diaspora in Africa, is more politically aware than their counterparts in Europe, North America and Asia. The reason for that, is most of the Ugandan community in North America and Europe are economic migrants masquerading as political refugees, and have not educated themselves with skills, but laboured for the white man. The Ugandan diaspora on the African continent is more hungry to see regime change in Uganda.

The Uganda Dictatorship is also known for employing fake refugees to do its dirty work such as; Money laundering, assassinations, lobbying, misinformation, etc. Its the fake refugees that welcomes and attends functions organised by the regime they purport to have escaped from.

Its normally convenient for fake Ugandan refugees to subscribe to organisations run and controlled by the Uganda dictatorship or anti African Values. They normally front academics with phoney doctorates that can’t even fix their own lives, but are imposed on Ugandan youths to peddle imperialism narratives.

Its normally the economic migrants class, you’ll find active on social media and influencing gullible Ugandans back home. Thus, an ignorant class of economic migrants tend to set the trend back home. However, the genuine political refugees that have escaped political persecution in Uganda, tend to educate themselves, and also get involved in political Activism on a regular basis.

Thus, they never stop highlighting the bad governance and abuse of human rights in Uganda. That’s why in-spite of a larger Ugandan community in diaspora, you’ll find a cause meant to highlight the injustices in Uganda poorly attended. But if you organise a social event, you’ll see thousands of Ugandans turning up.

When you have a large diaspora community masquerading as political refugees,detached from political activism and more attached to tabloid news gossip, then the youth in Uganda are bound to become ignorant and failures in life.

No amount of social media conferences can change the reality on the ground. In-spite of Uganda society being learned, they’re not very skilled to compete with their counterparts in the ever changing globalised world.

The way forward should be to encourage our youths to read books that empower them with knowledge and skills-the Art of writing code and designing Artificial intelligence tools should become the new mantra. Today we’re in a very exciting times of creativity and discovery.

The hours spent on Social media gossiping, should instead be used on something that can empower them. Thus, we encourage Ugandans to reduce their social media gossiping and engage in Economic Freedom, that will transform their lives. As the future is about not being employed, but creating your own employment.

The fact remains… businesses/companies dislike employing people as it costs them. When they employ you, they’ll always hate you because you’re taking away part of their profits.