The Free Uganda Political Organisation would like to take this moment to condemn the person/politician that sent a disturbing photo to a political opponent, depicting his mother being raped.

We strongly condemn the people behind that backward and irresponsible behaviour of Virtual Rape. 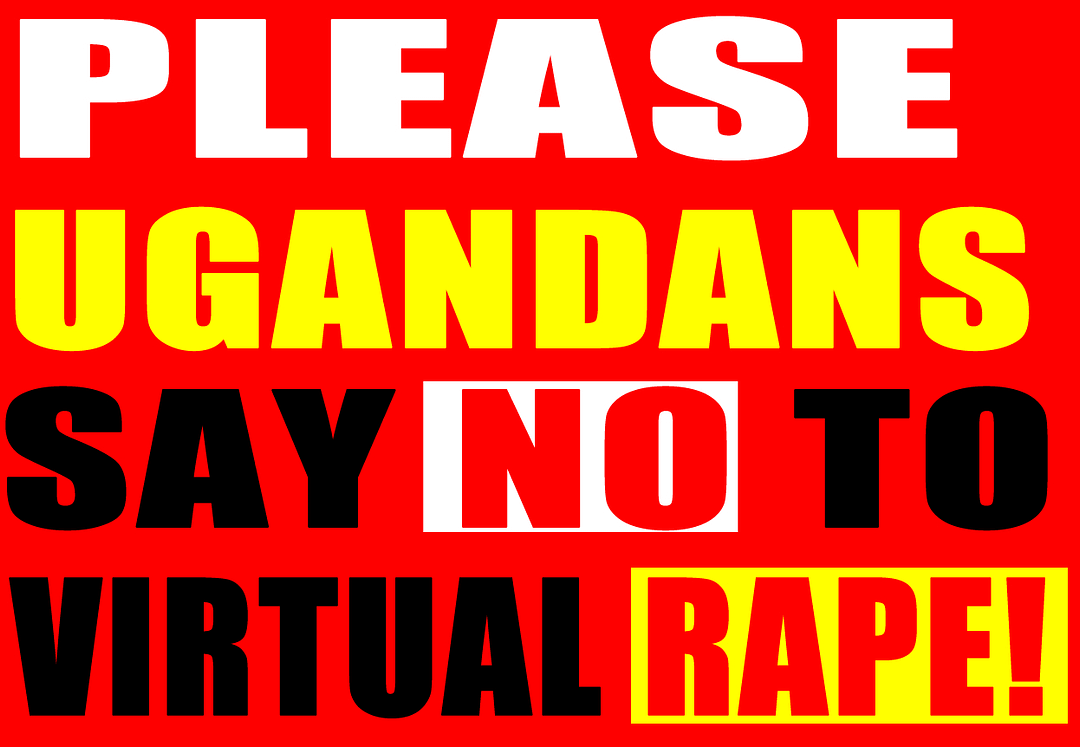 In the last few weeks, there has been a vigorous campaign, against a politician and his pro video vlogs. The Kampala Member of parliament, Muhammad Nsereko has had his share of verbal assault. However, directing the same assault on Mindset and Ismael without reasoning them out is uncalled for, as they’re Ugandans, that are entitled to freedom of speech like anyone else. Please let’s learn to listen to each-other.

However, its very wrong to involve their family members in the hostility, especially when they’re not politicians-directing abuse to a child and a pensioner is disgusting, and immoral.

What’s even disturbing, is the virtual abuse of Ismael’s mother(87 year old) that has gone viral on the internet, and the political class seem to enjoy it, without any outcry!!! The construction of rape, deserves a firing squad!

Its okay to use political cartoons against your opponents and verbal abuse, but please, don’t involve their children and mothers-unless they’re also directly involved in politics, its permissible.

Don’t forget, the Uganda voters are watching you, and the people you assume to be your supporters, might turn out to be your worst enemies-that’s the reality of politics. Learn from what happened at Makerere University.

Lastly, we call upon the political group involved to make an apology to Ismael!