Mr Joshua William Mukisa, a third-year Law student and former guild presidential aspirant at Makerere University, has set conditions for his return to the institution, a month after he went missing.
Mr Mukisa, 21, who was last seen at the university on May 17, a day after sitting for his Environmental Law exam, was on June 3 allegedly dumped in a swamp in Bulenga, near Iganga District, after which he found his way to a nearby petrol station. 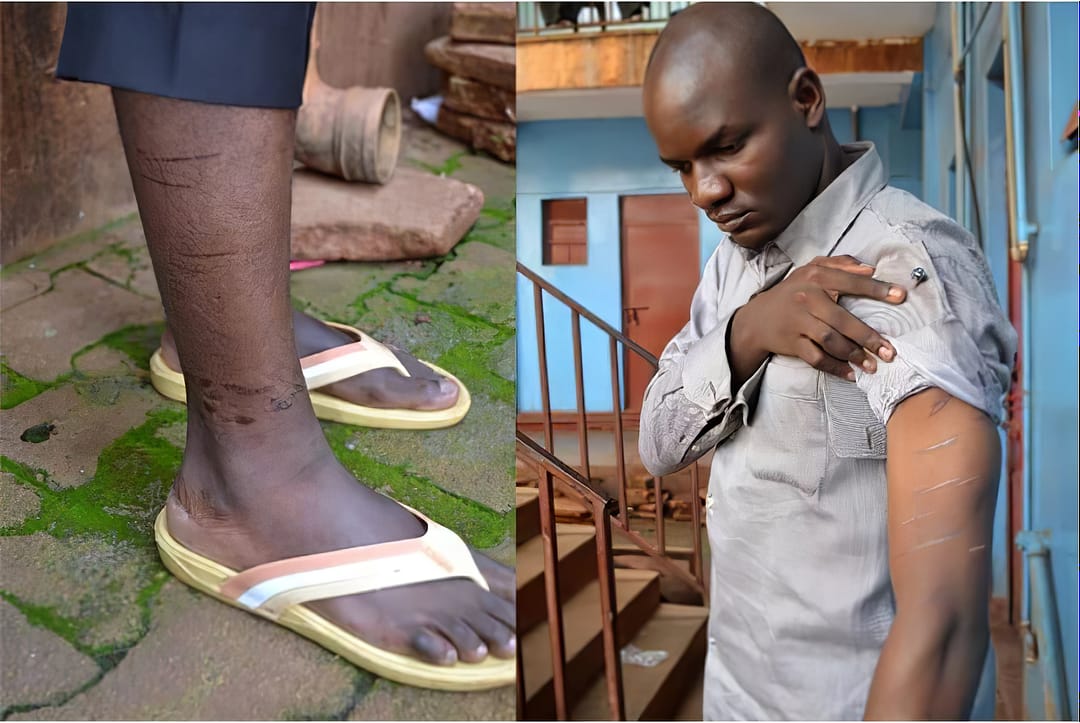 Speaking to this publication from a secluded location in Jinja on Thursday, Mr Mukisa said his tormentors, whose number or identities he can’t remember because he was blindfolded, found him walking around the College of the Natural Sciences on May 17, and just as he was descending the staircase, he lost consciousness.
“I was blindfolded and could only hear voices directing me to leave politics lest it destroys my studies. All this was happening in a dark room,” Mr Mukisa said.
“I don’t know how I got out of the confinement, but found myself at a swamp in Bulenga then started walking to a nearby petrol station,” he added.
“It was there that I found a pump attendant who gave me a phone to call a friend whose number I knew off head. The friend, together with others, found me at the petrol station, took me for treatment and informed my parents,” he said.

Mr Mukisa is convinced that his tormentors had no intention of killing him but frustrating his education and political career as they destroyed his laptop that had his notes for three years.
“I have no idea of who could be behind this, but as the People Power guild presidential candidate, I have strong political ambitions,” he said.
“I was also going to petition the university against the 15 per cent increment in tuition fees, but didn’t know I would end up being a victim,” Mr Mukisa, who is undergoing a month-long treatment regimen, including psychiatrist visits, added.

Conditions for return to university
Mukisa’s father, Mr George Muzaale, 56, a pastor, now says his son will only return to the university after two conditions have been met by the institution.
“First, I want the university to allow my son to sit for the (four) papers he missed. I request them to give him an opportunity to do them after his recovery, especially having lost all his paperwork and assignments.”

“I also want the institution to guarantee his safety because he currently fears to return to the university and an assurance that his tormentors are brought to book,” Mr Muzaale said, adding that he learnt of his son’s disappearance from his (Mukisa’s) friend only identified as Fred. “My wife received a call on May 20, inquiring if my son was home because he had not been at the university since May 17, and she answered in the negative,” he said.
Mr Muzaale said his wife only suspected that perhaps their son had only kept away at some quiet place to read for his exams.
“The next day, I rung his friend called Fred who told me that my boy has been missing for days and that they were heading to Makerere University Police Station to file a missing person case,” Mr Muzaale recounted.

When contacted, the Makerere University spokesman, Dr Muhammed Kigundu, said there is a procedure to be followed when one misses exams.
“Once he follows the procedure, the papers will be given to him at the next sitting. But I can’t guarantee his safety because that’s the work of security and Makerere is an open space,” he said.