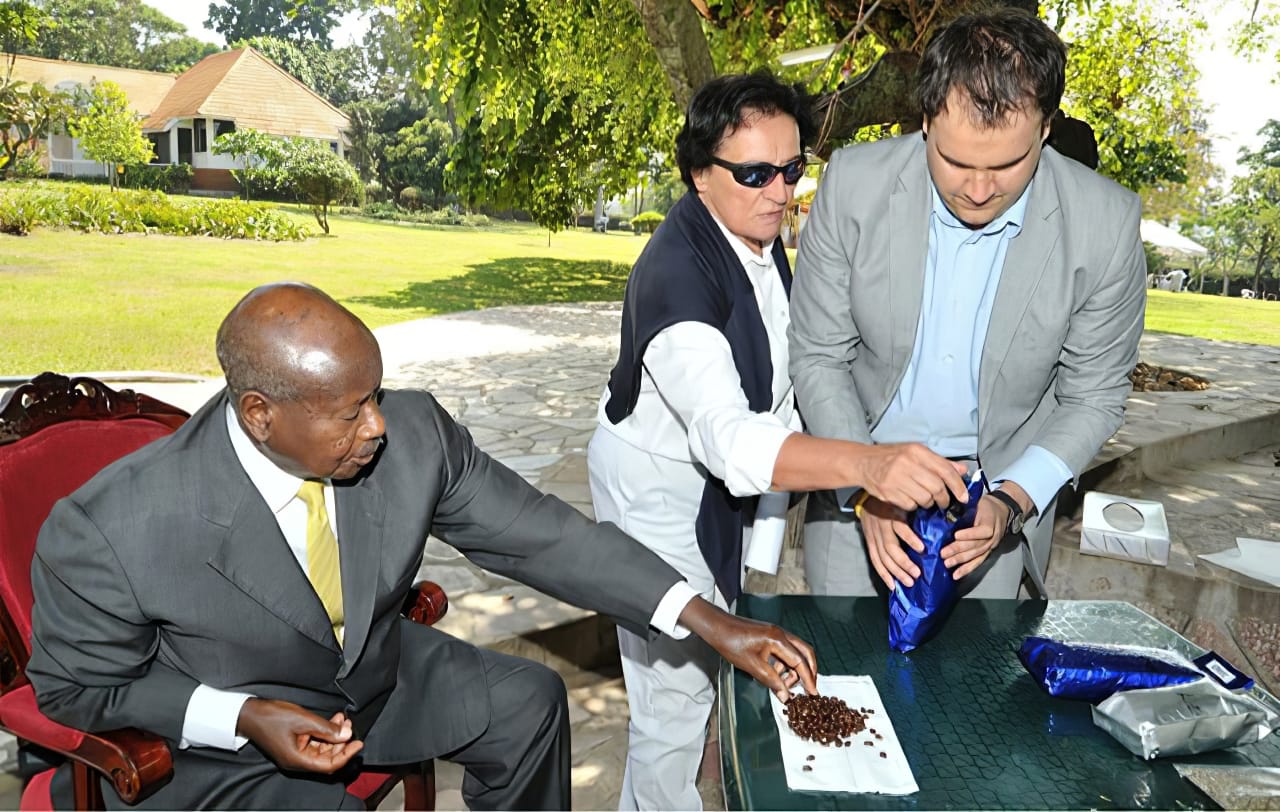 The Uganda Parliament three months ago, approved a Shs1.3 trillion (about $379.7m) loan to FINASI investor to finance ROKO Construction company, for the construction of a specialised hospital in Lubowa, Wakiso District.

From our Investigation we made early this year on 2nd March 2019, we found FINASI to be a small company that buys Italian furniture-interior products and displays them in their Dubai showroom.
They also hire a third party to fit the furniture. They’re not investors as the government claims.

This is what FINASI says about what they do: “Finasi LLC works with the best suppliers who have proven high quality and reliability. Our focus is in ensuring the client the presence of a team of 60 specialised consultants of which architects, engineers, interior designers and a team of over 100 workers ready to start new projects.
The team works with the client to estimate, plan and design the space to being fitted out. We help the client to select and supply the furniture needed.”

Whoever approved the huge loan to FINASI is taking Ugandans for a ride, as the interior design and fittings, could have been done for less.

Why didn’t the government Instead finance Roko construction company?
This sort of robbery is unacceptable, and whoever authorised that deal, is a thief!

NOTE: When we went back to get an update on FINASI Investors, their website had been pulled down, and also websites exposing the criminality of FINASI had been hacked.

Drama ensued Thursday at the construction site of the much publicised Lubowa International Hospital as police tried to evict the contractor, Roko Construction Company Ltd.

The standoff which involved Roko Construction boss, Mark Koehler, started when Enrica Pinnetti, the boss of FINASI tried to evict the construction company from the site and replace it with China Power, a construction firm based in China.

Roko is the government approved contractor for the project while FINASI is the equipment supplier.

This project has been in the news in the last few weeks after it emerged that $87m for the project had been released.

Reports indicated that Trade Development Bank released the money to Stanbic Bank but only $50m reached the account.

Yesterday’s scuffle to replace the contractor adds to the jeopardy the project is facing.

We understand that government is unaware of the new schemes to bring a new contractor on board without approvals from parliament and government.

By the time we left the scene, the standoff was still ongoing.

Early this year, Parliament approved a guarantee of USD 379 million (1.4 trillion Shillings) for the construction of an International Specialized Hospital in Lubowa, Wakiso district.

The facility with a 264-bed specialised Healthcare capacity will be operated as a world-class internationally accredited facility to treat conditions for which Ugandans have been travelling abroad.

The government sought authorization of parliament for the project following a proposal by the Italian investors Finasi Roko Construction SPV Limited, a major member of the FINASI-RoKo consortium, an entity which specialises in the construction of turnkey health care facilities.

The investor wanted to have the project financed through a promissory note from the Ugandan government as a public-private partnership.  Under the arrangement, the government will finance the firm to construct and run the specialised facility and payback within eight years from the commencement of operations.

But the request was queried by Members of Parliament who questioned why the government had to invite an investor, who has to be guaranteed with huge sums of money. They also objected to the high-interest rate of 477 billion Shillings and the purpose of financing the facility, considering the poorly financed hospitals across the country.

However, the request was endorsed by the National Economy Committee of Parliament which had been given a task to review the application and interact with key players in the health and finance sectors to establish whether the partnership has value for money.

Members also rejected a minority report which had been presented by Mukono Municipality MP Betty Nambooze, to block the funding. In support of the Minority report, Butambala County MP Muwanga Kivumbi said that the cost of constructing the hospital was exaggerated.

Bunyole West MP James Waluswaka says the proposal is risky. He faulted the government for picking on an investor without undertaking a bidding process to guarantee that anyone who gets the promissory note is selected on merit.

Dokolo Woman MP Cecilia Ogwal says that the specialised women hospital was built at only about USD 25 million (92 billion Shillings) far less than the USD 379 million (1.4 trillion Shillings) that is needed by the investors to construct the International Specialised Hospital. She says there is a possibility that all parts of the proposal constitute illegality.

Despite the doubts, Parliament sanctioned the proposal. The speaker of Parliament Rebecca Kadaga observed that the project is of immense benefit to Ugandans.

Government is expected to take over the hospital after ten years according to the agreement.

FINASI-RoKo consortium has reportedly innovated and developed specific know-how in the Healthcare field delivering state of the art facilities and providing solutions and added value services to its clients. Some of its projects are Sharg Al Nile hospital in Khartoum and Famboni General Hospital in Comoros among others.