A five-year-old boy who tested positive for Ebola in Kasese District in western Uganda has died, health minister Dr Ruth Aceng said Wednesday, in the first spread of a deadly outbreak in neighbouring Democratic Republic of Congo.
“The young patient, five- year-old, index case of Ebola died last night. Two more samples were sent to UVRI and have tested positive. We, therefore, have three confirmed cases of Ebola in Uganda,” Dr Aceng said on Wednesday.

The other two confirmed cases are the mother of the deceased and her eight-month-old baby who have also been taken to the isolation centre at Ebola Treatment Unit at Bwera government hospital. Another suspect, a resident of Kyarumba Sub County, who was not in contact with the family has also been admitted.

“We are waiting for a team from DRC to be part of the meeting to address the outbreak of Ebola in Uganda. Two people have today tested positive and are in the Ebola Treatment Unit in Bwera. The team in Bwera has done a commendable job, the Ebola treatment unit is running on course and the district is working in a streamlined manner with the partners,” the minister added.
Dr Aceng on Tuesday said that the mother of the child was a Congolese citizen married to a Ugandan.
She had travelled with the child and four other family members back home to nurse her father who eventually died from Ebola.
Uganda has been on high alert since the outbreak across a porous border in the eastern DRC, where more than 2,000 cases of the highly contagious virus have been recorded, two-thirds of which have been fatal. 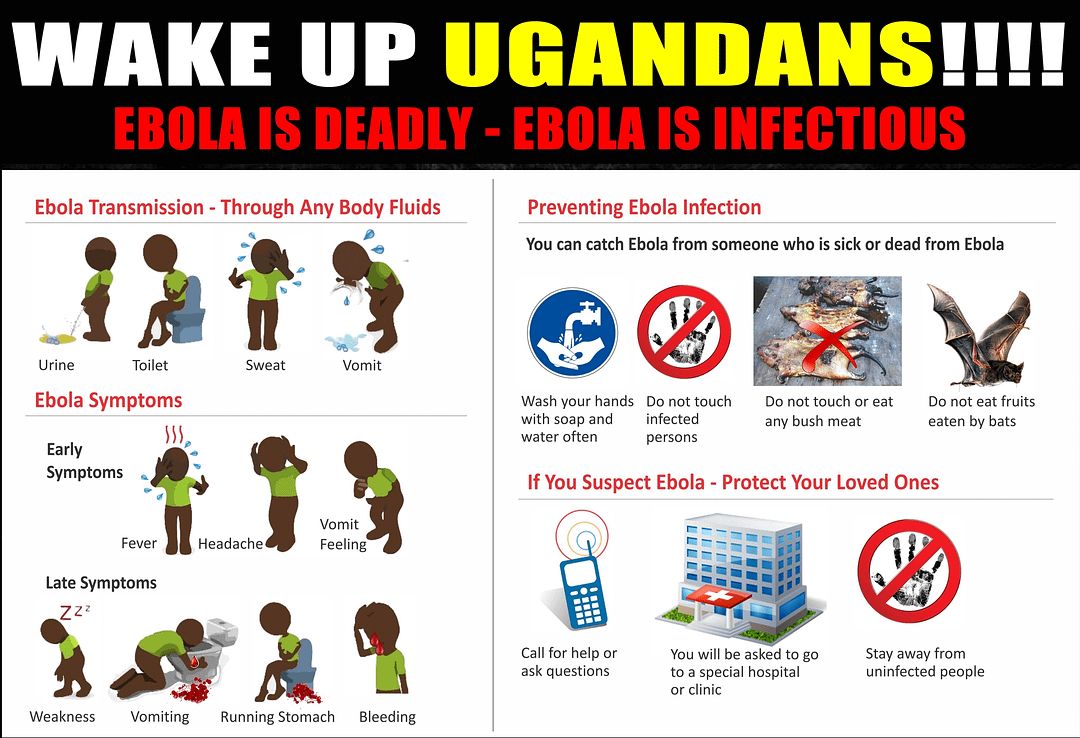 Battle against virus
The DRC has struggled to contain the outbreak which was first recorded in North Kivu province on August 1 and then spread to neighbouring Ituri and has left over 1,300 dead.
Efforts to tackle the crisis have been hampered both by militia attacks on treatment centres and by the hostility of some local people to the medical teams.
Five workers have been killed and important preventative work, such as vaccination programmes and burials of Ebola victims, has been delayed.
The outbreak is the 10th in Democratic Republic of Congo since the disease was identified in 1976.
It is the worst on record after an epidemic that struck Liberia, Guinea and Sierra Leone, between 2014-2016, leaving more than 11,300 people dead.

“It is clear the current response to tackle Ebola isn’t working. No matter how effective treatment is, if people don’t trust or understand it, they will not use it,” Oxfam’s director for the DRC, Corinne N’Daw, said last week.
“Our teams are still meeting people on a daily basis who don’t believe Ebola is real… many cases are going unnoticed because people with symptoms have been avoiding treatment.”
Ebola is transmitted to people from wild animals and spreads among humans though close contact with the blood, body fluids, secretions or organs of an infected person.
Chimpanzees, gorillas, monkeys, forest antelope and porcupines can also become infected, and humans who kill and eat these animals can catch the virus through them.

Symptoms include high fever, intense muscle and joint pain, headaches and a sore throat which are often followed by vomiting and diarrhoea, skin eruptions, kidney and liver failure, internal and external bleeding.
At present there is no licenced drug to prevent or treat Ebola although a range of experimental drugs are in development and thousands have been vaccinated in the DRC and some neighbouring countries.
The average fatality rate from Ebola is around 50 percent, varying from 25 to 90 percent, according to the WHO.