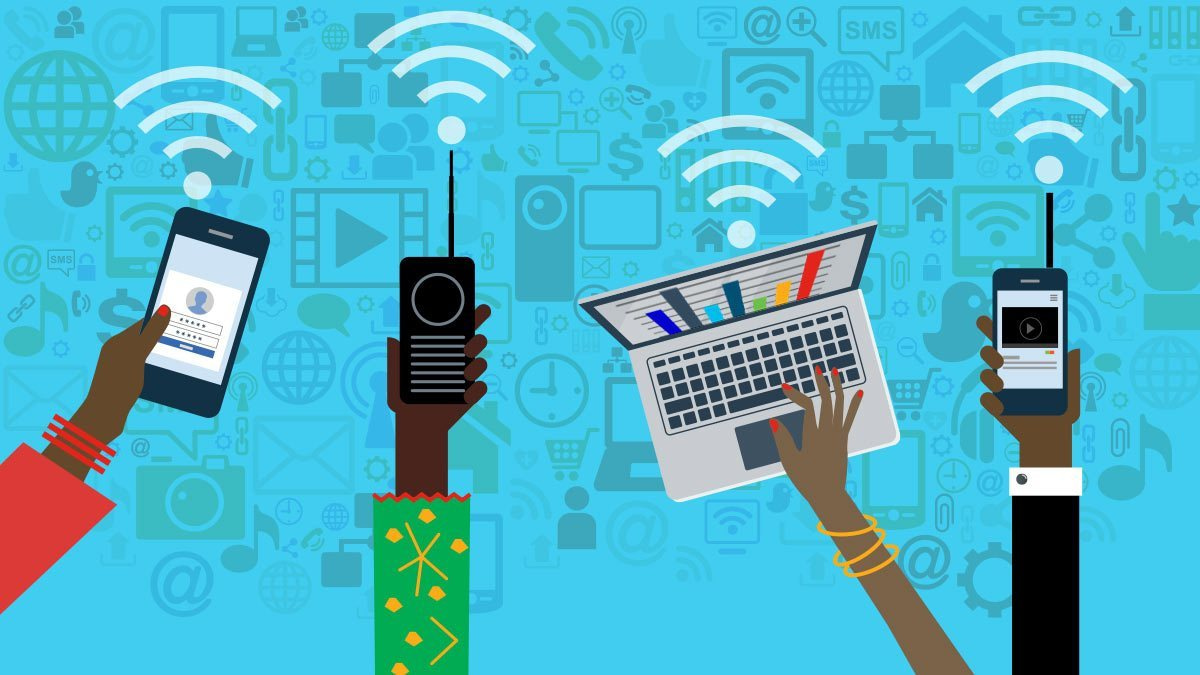 The Uganda Internet Exchange Point (UIXP) started as a project to get existing internet service providers (ISPs) in the country to interconnect and exchange traffic locally, and therefore keep local internet traffic within the country.

Ideally, without an IXP, an email from a customer on one local ISP would have to go over slow, expensive satellite links to say, the United States of America before coming back to the recipient on another local ISP who may even be sitting across the street. This international transiting is believed to increase the cost of connectivity and hamper the development of local content, including the advancement in the use of the internet for real-time applications like video streaming.

Uganda Communications Commission (the Commission) convened a meeting of existing ISPs in 2001, and this was followed by a series of other meetings held in two categories; one was a managerial/executive committee and the other a technical committee. 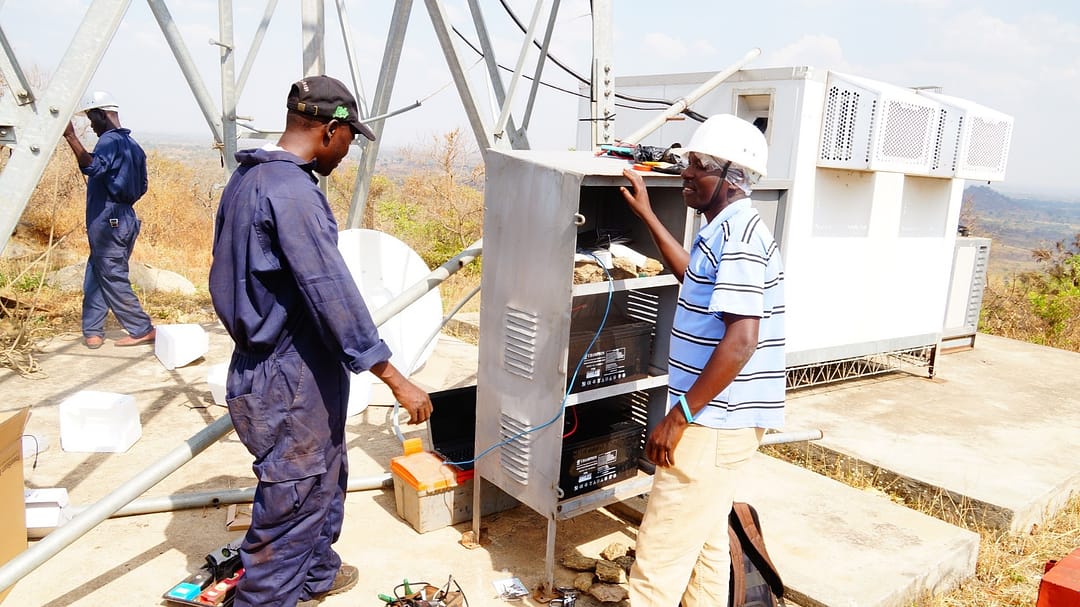 After extensive discussions, an operational model was agreed, and a grant from the United Kingdom’s Department for International Development (DFID) enabled the purchase of various equipment that included; uninterruptible power, equipment rack, cabling and office supplies. The Network Start-up Resource Centre (NSRC) based in the University of Oregon also donated a switch to be used to interconnect all the providers.

Despite this intervention, the UIXP did not commence operations mainly due to differences among stakeholders over the way the UIXP would be managed and how to make it viable and self-sustaining in the long run.  Leveraging on the experience of persons such as Bill Woodcock from the United States, the consensus was achieved among members on how the UIXP would be managed and operated.

It was agreed to eliminate charges for peering, and the Commission graciously offered rent-free space inclusive of utilities (power, cooling, equipment and security). Accordingly, there were no membership dues for connecting to the IXP or payment for the exchange of traffic. Members were each responsible for maintaining their link to the IXP. The technical issues were to be handled jointly between the members of the IXP.

The ISPs at the time proceeded to register the ISP Association (ISPA) as a non-profit organisation to oversee the operations of the UIXP.  The UIXP was to operate under self-regulation with the Commission as an observer member, ensuring a balance of interests of all stakeholders in the internet community (government, ISPs and the consumers).   The first team of directors to oversee the operations of the UIXP were Charles Musisi, Badru Ntege, and Hope Mugaga.

A Memorandum and Articles of Association were developed with a governance structure that was never fully implemented due to financial and other administrative constraints.  The UIXP has for a period, depending on volunteers that are not necessarily representatives of ISPs and maintained using donations from members and well-wishers.

Over the years, the traffic carried, and the number of ISPs connecting to the UIXP has grown.  There has also been an expansion in the types of peers to include content providers and academia.  It is important to note that only five of the original directors of the ISPA are among the current 28 peers at the UIXP. The growth experienced by the UIXP has, however, constrained the facilities and resources available. The Commission has continuously supported the growth of UIXP by hosting and powering its technical infrastructure. The Commission has also provided space, security, power, switches, racks, server, and cooling requirements.

The UIXP was later registered as a limited company managed by four Directors; Kyle Spencer, Simon Vass, Mike Barnard and Robbins Mwehaire who oversee its administrative and operational requirements while also maintaining the day to day operations.

The IXP become a critical resource in the local internet infrastructure and the fulfilment of the obligations to licensed internet service providers in Uganda to peer locally.

In 2015, the Commission initiated a governance review process towards having the UIXP operating under a multi-stakeholder governance model. This resulted in the amendment of the UIXP Memorandum and Articles of Association to include licensed operators in the governance structure. The process was, however, not concluded by the membership.

On 25th January 2018, the Commission received a petition from some of the Internet Service Providers over the introduction of peering charges at the UIXP.  Consequently, the Commission organised a meeting on 7thFebruary 2018 with the petitioners and the UIXP management.

On 21st  Feb 2018, the Commission held a joint meeting with the peers, content providers and the current UIXP directors. Participants at the meeting agreed that the implementation of porting fees be halted until the Commission guides on the issues of governance and that the Commission carry out a public consultation on the matters of UIXP operations and management.

On 24th October 2018, the Commission organised a multi-stakeholders meeting to consider the outcomes of the UIXP stakeholder consultation document and review the report on the different IXP governance and management models. At this meeting, the focus group committee was tasked to propose a governance structure for the UIXP for discussion in a subsequent stakeholders’ meeting.

On 21st February 2019, the Commission convened a stakeholder meeting to review the proposed governance structure. At this meeting, stakeholders approved the structure with some amendments.

Having concluded the review of the governance and management of the UIXP, and to facilitate the realisation of the technical and economic benefits of the IXPs as recognised under the National Broadband Policy of 2017, the Commission has however developed draft guidelines on the establishment of IXPs in Uganda.

The draft guidelines have been circulated to the various stakeholders – Ministry of ICT & National Guidance, the UIXP management team, operators engaged in the provisions of internet services in Uganda, content networks, academia, professional organisations, and other stakeholders in the local internet community for their input. The responses shall inform the final determination.

In doing so, the Commission seeks to address the issues relating to; fostering the development of a digital economy in Uganda, the disagreements between some of the peers and the management of the UIXP; Government concerns including those outlined in the National Broadband Policy; reliability of IXP services by introduction of performance and cybersecurity requirements in recognition as IXPs as an essential facility in the sector; and providing clarity on the establishment of other IXPs while still maintaining a national IXP .

The concern that government of Uganda is moving in the direction of nationalisation of Uganda’s telecom, specifically internet infrastructure is unfounded and diversionary because the governance structure was not dictated by government and is multi stakeholder with the private and public sector.

Furthermore, the eligibility criteria for a person to set up an IXP under the proposed guidelines provide for different legal persons, whether these be private or public.

As a country, we are keen to develop the local internet infrastructure and foster the realisation of the growth of the internet in Uganda.  We do recognise that the internet is a global network of different networks and continue to work with colleagues in East Africa, IGAD, at the African level and in other jurisdictions in this respect.

To the claims that the Commission has not consulted, the proof is available in the form of letters, proof of delivery of these letters, emails and minutes of meetings to show that consultations with the various stakeholders has been done including the current UIXP management team.

Contrary to the claims, the Commission is going against the internationally common practice of not licensing IXPs, what is proposed in the guidelines is only a registration process deemed necessary in light of developments in the industry.   The guidelines also clarify the oversight role of UCC as agreed by stakeholders during the discussions on the governance of the UIXP.

The Commission remains steadfast on the realisation of the objectives of the Uganda Communications Act of 2013 and seeks to work with all stakeholders interested in furthering this cause.