We all agree that they all paid dearly with their very lives because of their faith, and Martyrs day is an official national holiday for all Ugandans to commemorate all the Namugongo martyrs, whether the Anglicans, the Catholics or the Muslims.

ARE WE FRANTICALLY TRYING TO IGNORE 74% OF THE NAMUGONGO MARTYRS BECAUSE THEY WERE MUSLIMS?

Dear New Vision newspaper.
I hope that all the faiths concerned start distancing themselves from any religious sectarianism regarding the annual Martyrs day commemorations.
The word commemoration means remembering together. And the reason I am writing this is to encourage all Ugandans regardless of religious affiliation to come together in commemoration spirit, rather than perpetuate sectarianism, the very ill that brought about this sad historic tragedy in the first place.
I read a New Vision article on the Namugongo Martyrs day preparations where they only mentioned the 23 Anglicans and the 22 Catholics who lost their precious lives during this historic massacre that occurred back in 1885. The New Vision says “For years, June 3, has attracted throngs of faithful and tourism enthusiasts to pay homage to the 45 Uganda Martyrs that laid their lives for the sake of Christianity.” 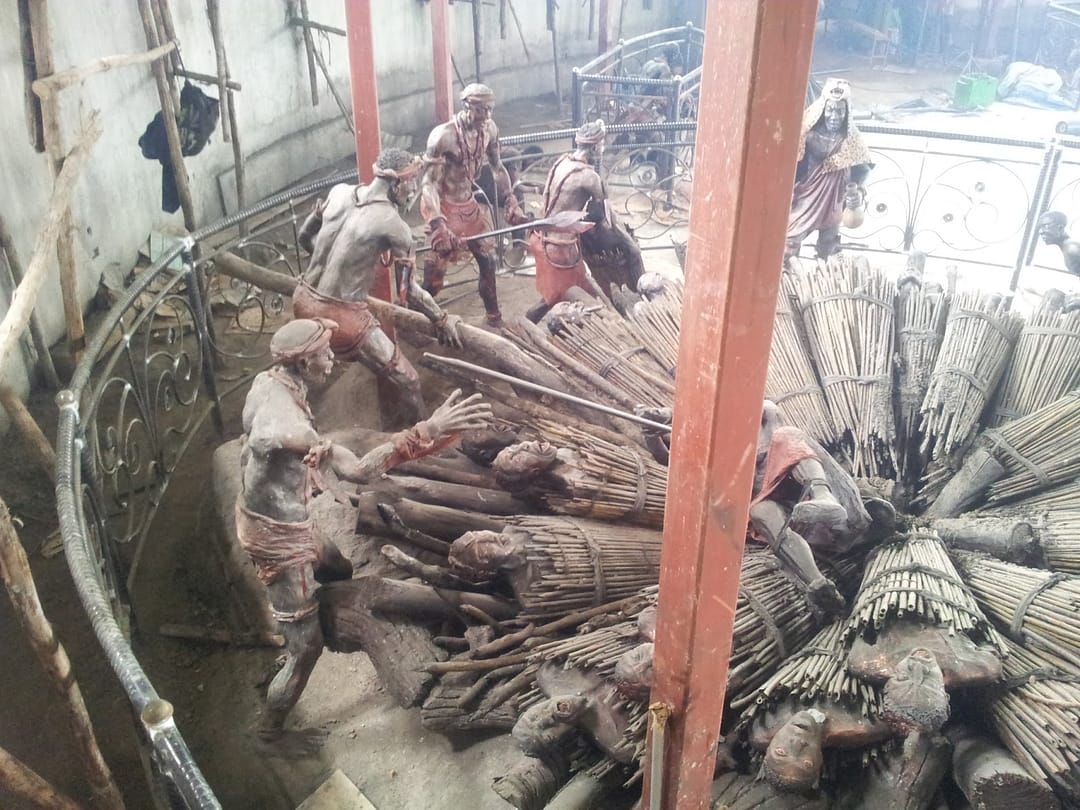 This is quite disturbing especially when Uganda is very well aware that over a hundred Muslims died at Namugongo along with the 45 Christians.
I have noticed this subtle trend of selective amnesia over the years and wonder what is the basis for a national newspaper to leave out the innocent Muslims while discussing only the Christians? Obviously this is not healthy conduct and must therefore stop.
Some have claimed that it is a political attempt to rewrite history thereby trying to delete the ultimate sacrifice made by the Namugongo Muslim martyrs.
Is it deliberate that a respected national media ignores others simply because of their religion?
We all agree that they all paid dearly with their very lives because of their faith, and Martyrs day is an official national holiday for all Ugandans to commemorate all the Namugongo martyrs, whether the Anglicans, the Catholics or the Muslims.

They were all murdered because of the same religious sectarianism, so let us not perpetuate that same sectarianism in even in their death.
Isn’t it public knowledge that the overwhelming majority of the Namugongo martyrs (74%) were Muslims?
The total neglect of the Muslim Mosque area at Namugongo, compared to the billions of Shillings given annually by the state to develop the beautiful Catholic and Anglican Church area’s, is quite telling of this sectarianism which has resulted in the wider marginalisation of Muslims in society. Surprisingly it was only under President Idi Amin that all the three main religions celebrated together as one on Martyrs day at Namugongo. Historic pictures displayed today at the National Museum attest to that fact.

His government is the one that first expanded the venue to include the Namugongo Mosque that has since been totally neglected and almost two thirds of its land encroached by squatters.
The annual national ceremony has progressively become as if it were just for some faiths and not others. How come?
The story of the Namugongo Martyrs shows Muslims also murdered in the most despicable manner, burnt alive as they held their faith with untold honor, tears of upheld dignity, and unparalelled bravery until their very last breath, as they remained steadfast before God Almighty.
Despite the neglect, every year the Mosque holds prayer (Dua) for all the martyrs, but no media is covering their event, the preparations, nor exposing the challenges they are currently facing.

As I once said, I have never seen any other Ugandan leader even just wave from a distance to the small gathering at the Namugongo Mosque. Reading the New Vision and other media one would think that the Islamic prayers do not even exist at the national commemorations.
This mysterious collusion to erase the sacrifice of Ugandans of a particular religion is symptomatic of the broader marginalisation and even the current persecution of Muslims that all Ugandans see happening every day. Including the arbitrary arrests, torture, extra-judicial killings and wanton imprisonment on trumped-up charges with total impunity.

May God bless the souls of all the Namugongo martyrs regardless of religion, and we are confident that at least God knows all the martyrs, and all Muslims in Uganda recognise all of the Martyrs as historic fact, plus their common suffering at the hands of the persisting religious sectarianism. We also disavow all attempts to erase their common history. Doing so can only be an act founded on religious bigotry.
Those who cannot be at the actual venue can still say a silent prayer in their own hearts for those innocent martyrs who were killed simply because of their religious beliefs.

And as we Muslims fast in this Holy month of Ramadan, for the sake of peaceful co-existence as one nation together, we hereby pray that Allah Almighty blesses all the worshippers regardless of religion.